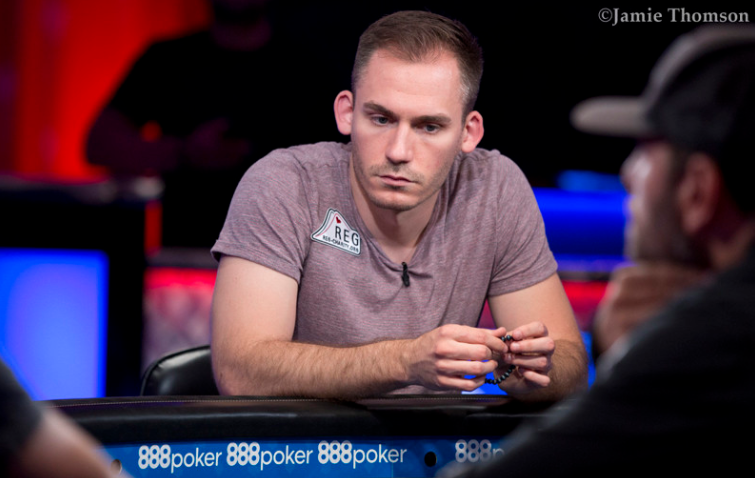 
A month and a half ago, the doors to the Rio All Suites Hotel and Casino opened in Las Vegas, for the start of this year’s World Series of Poker. Since then, tens of thousands of poker players flew down to Vegas to be a part of the festivities and earn themselves some life-changing cash prizes.

In the lead among the final six is none other than US poker player, Justin Bonomo. The 32-year old has had a sensational year so far and he’s created what may just be the best year for a player in the history of tournament poker. He’s amassed over $10 million this year and has catapulted to #3 on the all-time money list, with over $32 million in live poker cashes.

The others in the mix are Dan Smith, Rick Salomon, David Einhorn, Fedor Holz and Byron Kaverman. They will resume tomorrow morning on the $2 million tournament bubble, so no one will be wanting to bust first on Day 3. Take a look at the current chip counts at the end of Day 2:

Bonomo has a chip lead of more than double the next best, Fedor Holz, and will be favourite to go on and win the tournament. If he does, he will overtake Daniel Negreanu on the all-time live poker earnings list and go straight to #1. Keep reading GutshotMagazine.com to see who goes on to win the title.