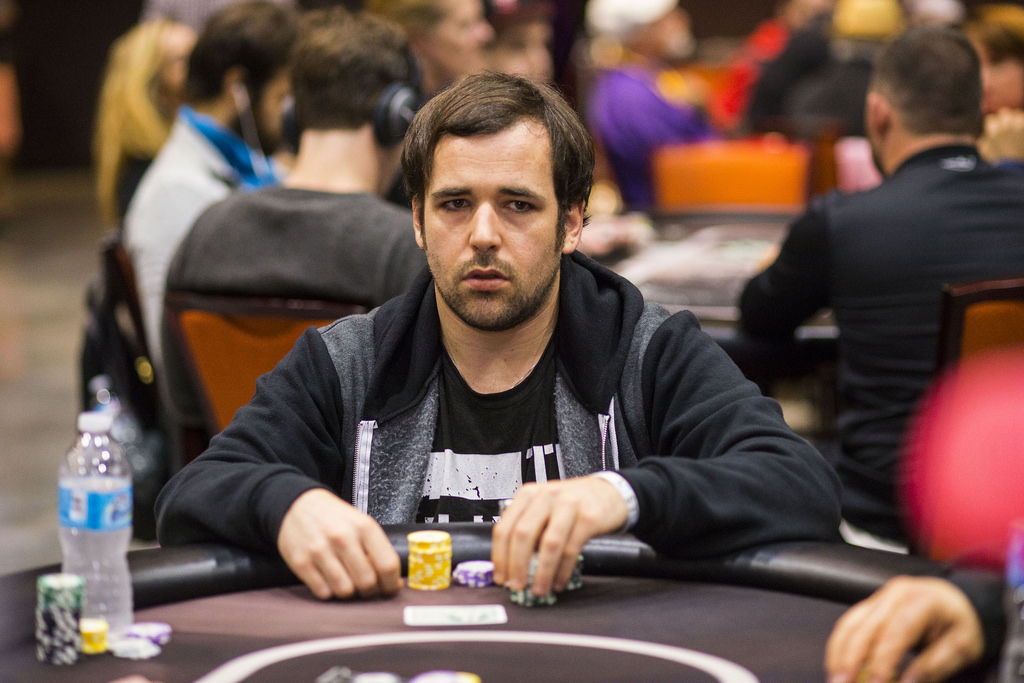 
After Stephen Chidwick won the first event of the 2nd edition of the US Poker Open (USPO) and completed his hat-trick, the 2nd event for the series, underway at the ARIA, Las Vegas, has just concluded its first day. Only the top players in the world participate in such prestigious events.

A total 64 entries were made in Event #2 – $10k PLO and the field eventually whittled down to the final 6. Leading in chip counts is Jordan Cristos (pictured below in another event) with 2,445,000 chips, almost a million more than the next, Cary Katz. Cristos finished 11th in the first event of the series and has now secured his second cash too.

Others with Cristos on the Final Table are Adam Hendrix, Martin Zamani, Manig Loeser and Sean Winter. This is Winter’s second FT as he finished runner-up against Chiwdick in the first event of the series.

Notables who didn’t make it in the money were Justin Bonomo, 2018 GPI Player of the Year Alex Foxen, Joseph Cheong, Ryan Riess, Antony Adams and Kristen Bicknell, among others. Adams was the bubble boy, busting with a flopped set against a rivered flush by Adam Hendrix.

Coming to the chip leader, Cristos is with an overwhelming chip lead and can easily win the tournament, having great oods currently. He hails from the US and has over $2.3 million in lifetime earnings. He earned his best live cash of $613,355 at 2013 Legends of Poker Main Event and has later gone on to win major titles.

The final 6 players are guaranteed at least $38,400 but everyone is fighting for the first-place prize of $179,200. Day 2 Action will begin at 1 p.m. local time and the live stream of the event will begin at 2 p.m. local time on PokerGo. Keep reading GutshotMagazine.com for more details on this tournament and for general poker news from around the world.