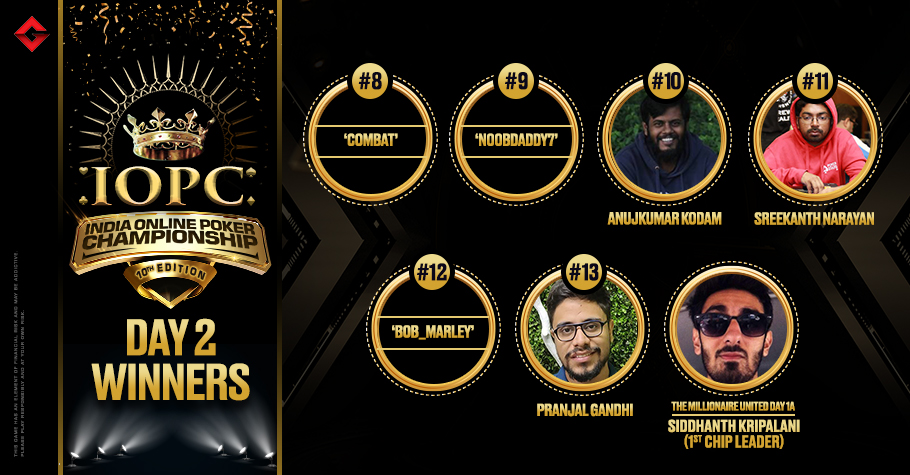 
The much-awaited special 10th edition of India Online Poker Championship (IOPC) is finally here. Day 1 of the tournament series was a roaring success with multiple prize pools being crushed. IOPC #12 – The Elite INR 50 Lakh GTD and Millionaire United Day 1A were among the highly anticipated tournaments on Friday. Many known names in the poker community like Anujkumar Kodam, Sreekanth Narayan were among the big winners. With Day 2 of this mega poker event all wrapped up, here is the list of players who claimed top spots.

The first tournament of Day 2 started on a high note and recorded a total of 1,065 entries. It also crushed the prize pool of INR 4 Lakhs and went up to INR 4.26 Lakhs. Among the top 55 places that were paid, it was player ‘Combat’ that clinched the top spot and bagged INR 82,644 with player ‘It’s Easy M’Kay’ following him in second place with INR 52,398.

Next up, we have the IOPC #9 INR 7.5 Lakhs GTD tournament. The event saw a total of 713 entries among which top 63 players were paid. The min-cash for this tournament was INR 3,262. After running for almost seven hours, it was player ‘Noobdaddy7’ who finally won the tournament and took home an impressive INR 1,45,125. Runner up to ‘Noobdaddy7’ was well-known poker player Kunal Patni aka ‘NutsTodayBluffTomo’ with a prize money of INR 91,500.

Last night’s Monster Stack INR 6.7 Lakh GTD tournament completely crushed the promised prize pool and scaled all the way up to INR 8,46,900. The tournament was a huge success, with top 87 players getting paid. The min-cash for this one was INR 2,625. Out of the 941 entries, it was Anujkumar Kodam aka ‘aatmaan108’ who bagged a win of INR 1,62,181. Kodam is a known player in the field and has won multiple titles including July 2020 IOPC Destiny INR 10L GTD and The Summit Monster Stack in PokerBaazi Premier League 2018.

When asked about his victory, Kodam said, “It’s always a great feeling to finish first. I had a couple of ships last week and it is good to have the momentum going. I feel my game is improving, while I’m also allowing myself to do more stupid stuff and be alright with being wrong. Just enjoying it all.” Right behind him was ‘Bittubishtb’ with a win of INR 1,00,950.

The Millionaire United Day 1A

The Millionaire United Day 1A is one of the bigger tournaments of IOPC Jan 2021 with a prize pool of INR 1.5 Crore. With a buy-in of INR 7,700 first flight of the event witnessed a total of 470 entries. Siddhanth Kripalani aka ‘PluRibu$’ stood as the 1st chip leader with a finishing stack of 2,76,002 chips. Kripalani clinched his biggest win with PokerBaazi‘s Game Changer 3.0 INR 2 Cr GTD in 2020, where he bagged INR 40 Lakh as the top spot winner. Besides this, he also recently scored a win on WPT India High Roller on Adda52 and has many more titles credited to his name.

This tournament had a mammoth prize pool of INR 18 Lakhs. The number of entries stood at 1,369. The prize pool reached an impressive INR 20,53,500. It was Sreekanth Narayan aka ‘TheGTObot,’ who bagged INR 3,86,879 in winnings. “It was a good but really long grind. Looking forward to all the other IOPC tournaments,” said Narayan, in response to his victory. Apart from this, he has won multiple tournaments across platforms like Adda52, Spartan Poker, PokerBaazi, and PokerStars India. His largest tournament win was INR 11,12,500 when he shipped The Millionaire Lite – Day 2 in December 2019.

Being one of the highlight tournaments of the day, The Elite 50 Lakhs GTD had a total of 463 entries. The players left no stone unturned in battling it out for the first place. However, it was ‘bob_marley’ that bagged the epic prize money of INR 9,21,194 when he clinched the winner’s title. The second place was taken by ‘luckymaster’ who fared quite well and took home INR 6,72,305 in winnings.

This tournament had INR 9.5 Lakhs in promised prize pool which was pretty impressive. The tournament had a total of 606 entries. The initial prize pool was crushed when the amount reached a massive INR 12,12,000. This resulted in the top 55 players being paid and the min-cash coming to INR 5,938.

Pranjal Gandhi aka ‘lilmessipranjal’ won IOPC #13 – Monster Stack INR 9.5 Lakhs GTD. The winner bagged INR 2,35,128. The field, however was not an easy one for Gandhi who said, “It was a tough grind. Fortunately, I won key flips in the latter stages of the tournament.” When quizzed about his biggest competitors in the field, Gandhi said, “Ashish Ahuja on the final table would have been tough, however he was short stacked and busted early on.” 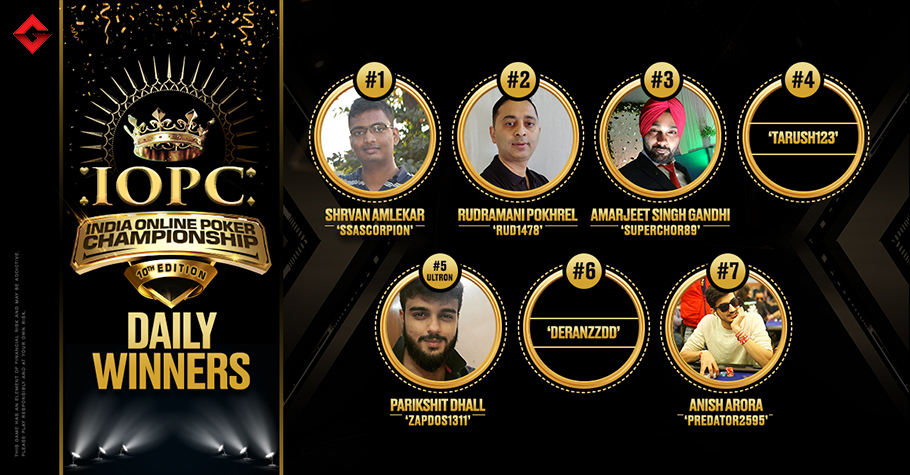 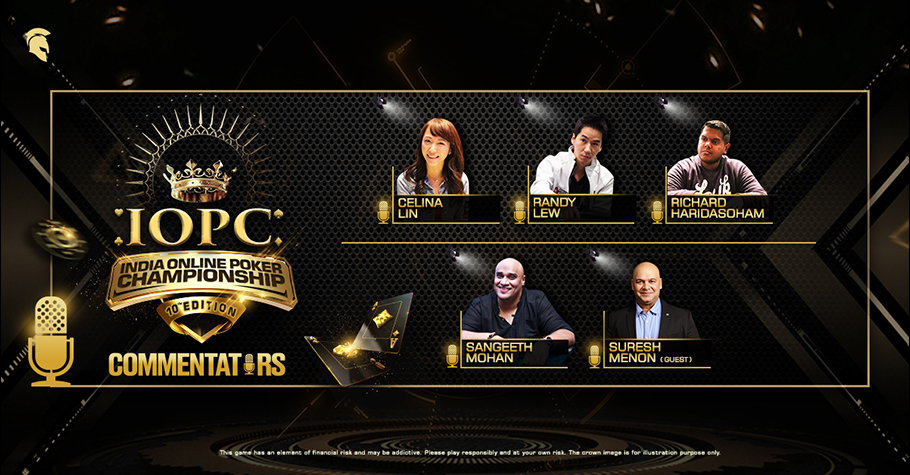 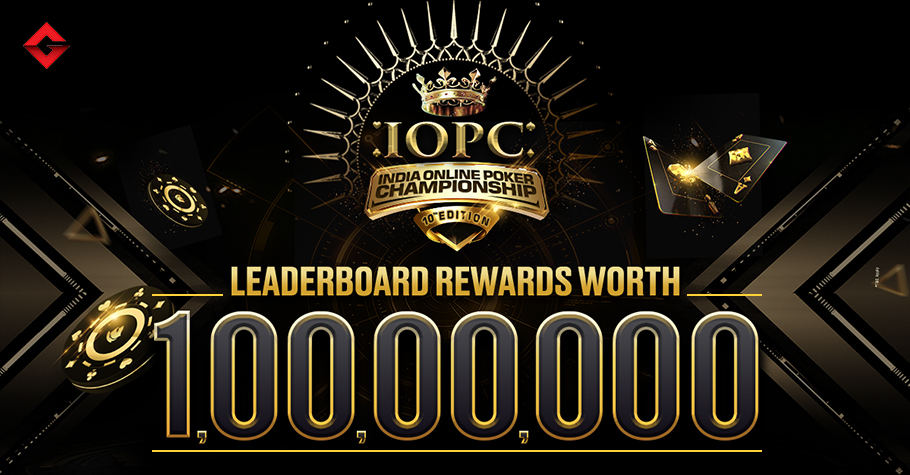