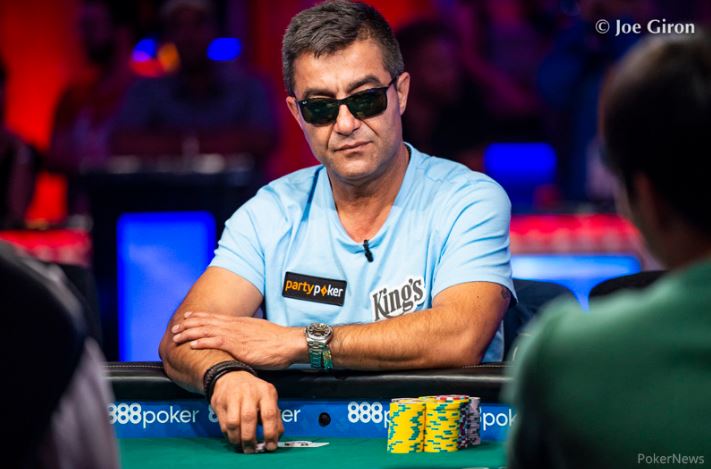 It was another fantastic day of play at the Rio All Suites Casino and Hotel in Las Vegas as we approach the end of the 2019 World Series of Poker (WSOP) Main Event. Of the original field of 8,500+ entries, just 9 players remain and when they hit the felts tomorrow, each one will be at least a million dollars richer.

As for Team India, the race ended on Day 6 when Kartik Ved busted in 51st place for $173k. Now, five North Americans and four Europeans will battle it out to win the Main Event title and of course, go down in poker history as the champion of the 50th anniversary of the World Series of Poker.

Signs look fantastic at the moment for Germany’s Hossein Ensan who has a humongous chip stack of 177 million bagged for the night, which is nearly 30% of the total tournament chips in play at the moment. He will just have to keep his composure on Day 8 if he wants to maintain this lead and walk away with the ultimate prize of $10 million!

4 players from the United States itself are part of the final 9 including Day 5 chip leader Timothy Su who has now fallen below the average stack. Day 6 chip leader Nick Marchington has also progressed with a stack of 20 million chips. The most prolific poker player on the Final Table is undoubtedly Italy’s Dario Sammartino and he is also below the average currently, with 33 million chips. 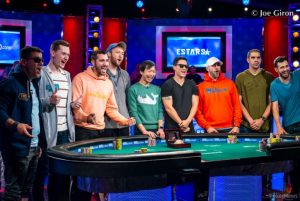 All the preparation and all the hard work put into this major world poker tournament and it boils down to these final few levels of play. Who do you think will take down the 2019 WSOP Main Event title? Keep watching GutshotMagazine.com for all updates on the same!