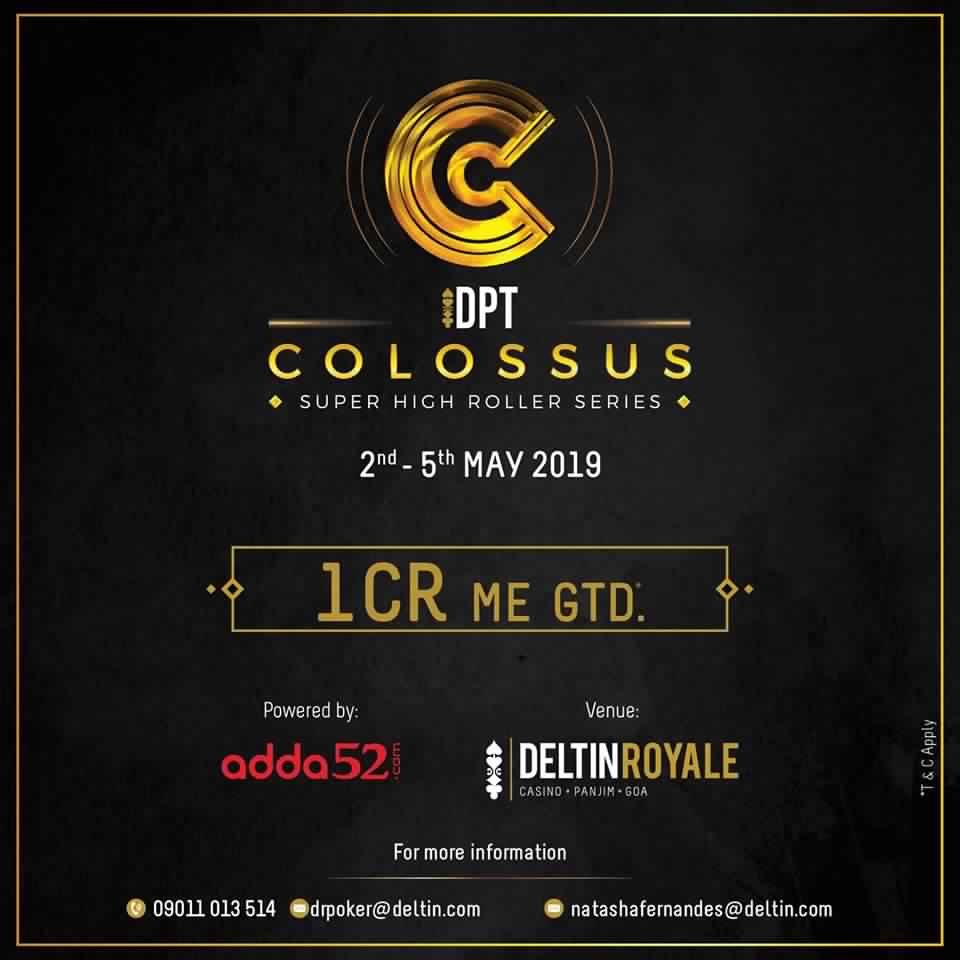 DPT SHR Series is India’s biggest poker tournament, with respect to the buy-ins involved. The operator hasn’t announced the entire schedule except for the dates which are 2-5 May 2019. The series also has an awesome guarantee of INR 1 Crore just for the Main Event. Players who wish to take part in the series can even pre-register using this Google Form.

DPT also hosted the DPT Xpress (DPTX) recently in Sikkim for the 2nd time. It is a great initiative for players hailing from the Northeast and many players from neighbouring cities also made it to the venue. The Main Event of the inaugural series was won by local Bhola Sharma for a decent first-place pay-out. Ankit Jajodia was the 2nd edition’s ME title winner.

Since it’s a SHR series, all the buy-ins will be much higher than the norm in India. The event is expected to attract almost all the top pros and fat bankrollers of the Indian community to Goa. The complete schedule of the DPT SHR Series will be released in due time by DPT so keep watching this space.

Stay tuned to GutshotMagazine.com for more such tournament updates, results and for general poker news from around the world.