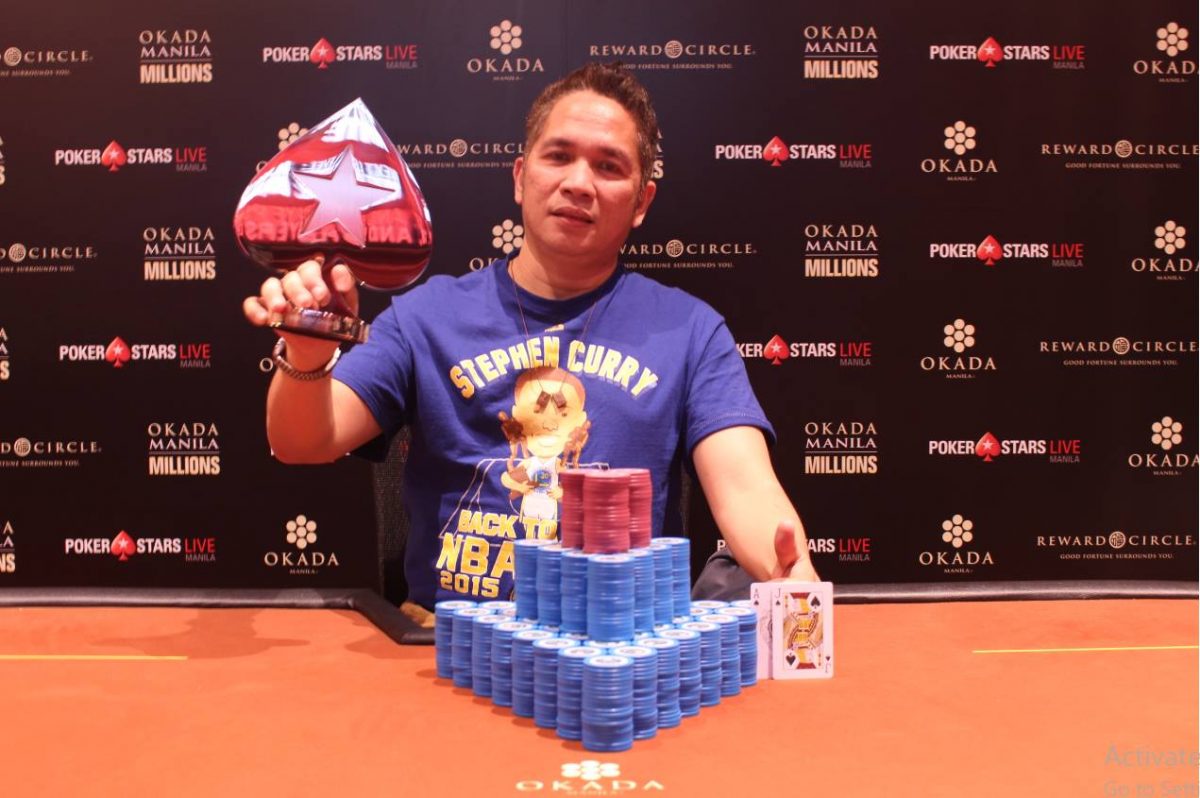 
The capital city of Philippines, Manila, is host to some of the most luxurious resorts and casinos. Among those is the Okada, which just hosted the Manila Millions between 5-10 February. The series was a great success. The series was conducted by world’s leading poker brand PokerStars LIVE Manila.

The PHP 2.5k Main Event of the series attracted a record field of 1,464 entries. This was the largest field ever produced in Filipino poker history and it in turn created a staggering prize pool of PHP 3,124,176. Top 178 places were paid in the event and the player to earn the most and finish 1st was Hernan Jaybee Villa.

The local player earned a pay-check of PHP 386k (~INR 5,24,638) for this massive effort. The tournament ended after he made a 4-way deal with 3 other players and all got relatively similar amounts, based on their chip counts.

The tournament was hosted with four starting flights plus two turbo flights. PHP 2 million was guaranteed in the Main Event of Okada Millions and this gave plenty of hopes to small stakes grinders looking to earn huge.

Coming to the champion, Villa hails from Philippines itself and has recorded cashes only from his home country. He won his latest cash in Feb 2018 APL Road Series Main Event for PHP 88,300, which is also his biggest cash. This ME win will add a significant amount to his bankroll and help him indulge in his love for poker by signing up for exciting tournaments in the future.

The runner-up of the Main Event Stepan David is a Czech citizen so finishing 2nd for him so far away in Manila would mean a lot. He will also take home a sizeable cash prize of PHP 336,000 for his finish. Leoncio Cruz and Richard Marquez filled the 3rd and 4th positions with PHP 304k and 352.5k respectively.

Keep reading GutshotMagazine.com for more such international tournament results and update as well as for daily poker news.