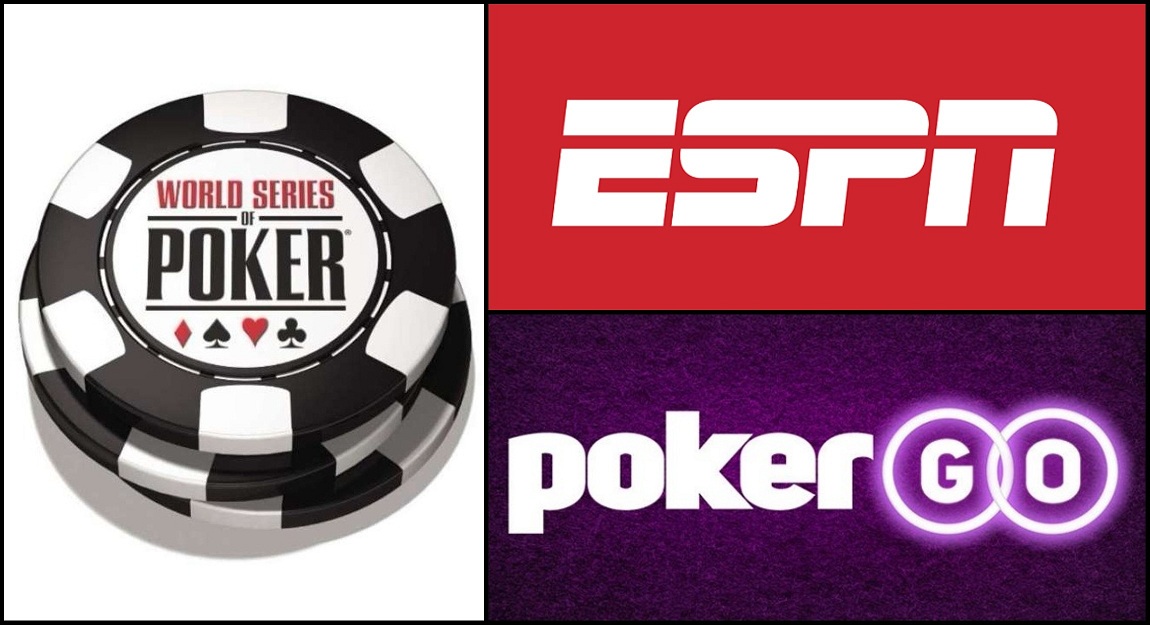 
48 successful seasons of the WSOP (World Series of Poker) have passed by and poker players from around the world have already begun their preparations for the 49th annual WSOP series, which takes place at the Rio All Suite Hotel and Casino, Las Vegas. This year, the World Series will take place between 29th May and 17th July 2018, and you can get the full schedule of events here.

Yesterday, Thursday 15th Feb, WSOP’s broadcast partners ESPN and Poker Central announced the broadcast schedule for the television segment of the 2018 World Series. ESPN is one of the world’s leading sports channels while Poker Central is an ultimate source of poker entertainment for poker fans across the USA.

The two media companies announced a total of 170 hours of broadcast from the Rio All Suite Hotel and Casino, which will include 40 hours of live coverage on ESPN and ESPN2, and 130 hours of produced episodes; the schedule of the latter will be announced later. The ‘live’ here however, will actually come with a 30-minute delay, complying with gaming regulations.

The WSOP Main Event and the bi-annual Big One for One Drop are the two events which will be broadcast by the two media companies. With WSOP’s revamped schedule for this year, the Main Event will take place first, scheduled between 2nd and 14th July 2018. After a day’s break, players will then play the $1 million buy-in One Drop, a charity-themed tournament.

As per the announcement by the two companies, none of the coverage aired on ESPN will air on Poker Central’s PokerGO, and vice versa. PokerGo is an online, subscription-based poker service that will offer exclusive WSOP ME coverage, the schedule of which will be announced later. This is PokerGO’s second year broadcasting WSOP content, while the deal with ESPN is a long term one, which currently extends until at least 2020.

“We’re ecstatic that ESPN and Poker Central continue to raise the bar and deliver more live poker content to audiences across the globe, commented Ty Stewart, WSOP Executive Director, on this announcement.

For all major updates on the 2018 World Series of Poker, keep watching GutshotMagazine.com!