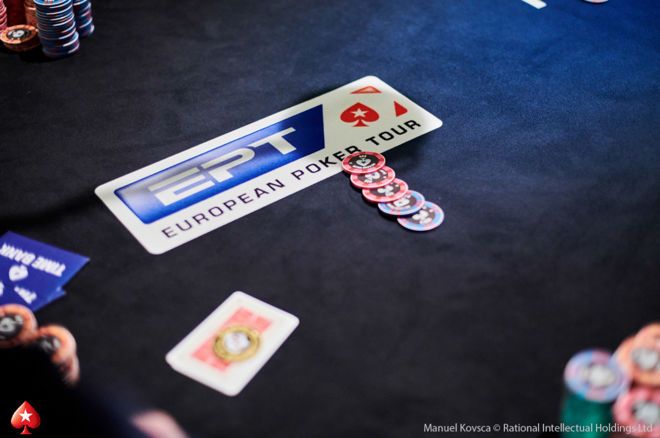 
The prestigious European Poker Tour (EPT) takes place every year across Europe and is always a massive success, given its growth and popularity over time. Last year was the 14th season of EPT and ran in 4 locations in Europe, beginning in Sochi and ending in Prague.

The dates for 2019 EPT Barcelona have been announced by PokerStars LIVE. The Barcelona series will take place between 20th August and 2nd September 2019, going in line with previous EPT Barcelona events.

EPT Barcelona was inaugurated back in 2004, and it will see the regular €5.3k Main Event, along with the €1.1k EPT National which is expected to break records and guarantees this year. There will be prelims to the EPT Barcelona hosted in Madrid, before the EPT begins.

The prelims will be hosted by popular local tour Campeonato España de Poker (CEP) between 12-20 August. 2019 PSPC winner and CEP regular Ramon Colillas had won the PSPC Platinum Pass by earning points on the tour and converted it to a hefty payday of $5.1 million!

EPT Barcelona will be the third stop on the EPT schedule in 2019, after EPT Sochi in March and EPT Monte Carlo starting in late April. The Main Event of the series is scheduled through 26th August to 1st September. It has produced 7-figure prizes since 2012. Last year’s ME was won by Piotr Nurzynski, who walked away with €1,037,109 after a HU deal with China’s Haoxiang Wang.

Another marquee event, the EPT National will run between 21-25 August and the past few years have drawn more than 4k players to the event, making it one of the biggest poker offerings in the region. 2018 EPT National winner Tuomo Niskanen took home €369k for his victory.

Players will also be able to enjoy a horde of satellites and cash games at the busy Casino Barcelona. Eric Hollreiser, Director of Poker Marketing at EPT said, “Spain has a vibrant poker community and we’re eager to continue to develop events, promotions and competitions that feed their poker passion. Ramon Colillas is inspiring a new generation of Spanish players who want to join the poker community and have opportunities to compete with him for potential big wins.”

For complete schedule of 2019 EPT Barcelona, click here. Keep reading GutshotMagazine.com for the complete coverage of upcoming EPT events as well as for general poker news from around the world.