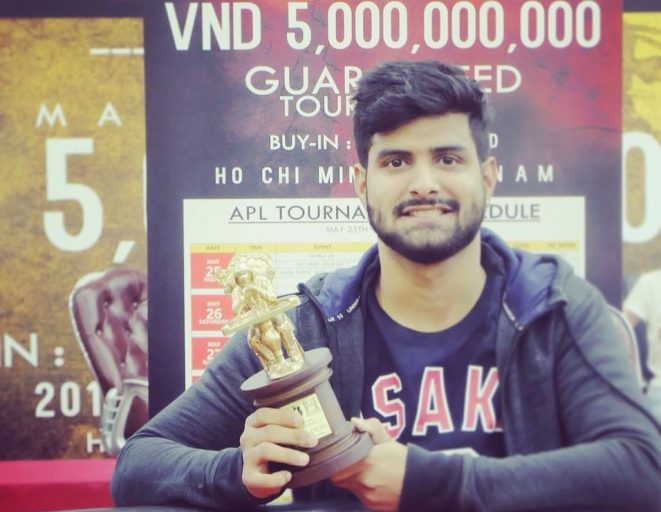 Poker in Asia is rapidly on the rise and the number of tournaments and leagues being hosted keeps increasing every few months. After successful stops in China last year and the Philippines in February this year, the Asia Poker League (APL) scheduled a tournament series in Ho Chi Minh, Vietnam, between 25 May and 4 June 2018 at the Pro Poker Club.

The APL Road Series Vol. 2 in Vietnam has more than 30 Indian players participating in the series and not surprisingly, before even the halfway mark through the tournament, we already have two Indians who have won titles, namely Devesh Thapar and Adarsh Jayappa. Thapar was also a part of the runners up team Gujarat Falcons in the recent Poker Sports League Season 2.

He shipped the VND 4,000,000 K.O. Bounty Event, even though he registered very late to the event. He beat 134 entries to take down the title and take home around $5,000 (~INR 3.38 lakh). Gutshot spoke to Thapar and asked him about the experience winning a title at the APL Vietnam. He said, “I registered very late, but luckily made a huge stack. With God’s grace, I managed to win the event, taking down $5k. It was a great experience and my first live poker title.”

He told us about how he made a comeback during the tournament, saying, “Close to the bubble, there were 15 players left and I lost a big hand with the guy third in chips – QQ v AK. I became 13/15 and then it came to the final table, with only 2.5 big blinds which was like the shortest. The FT started, and I doubled in the first hand – KJ vs A8. After that, I went crushing, was always ahead and became the chip leader heads up.” 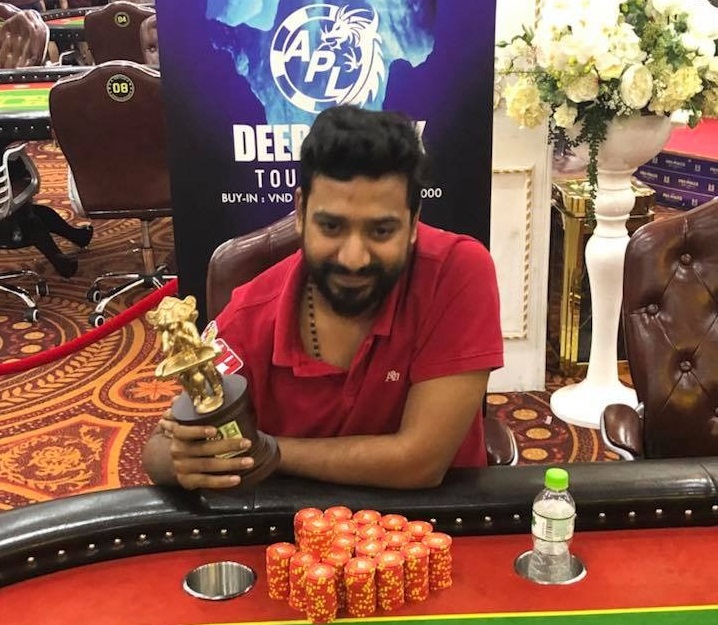 A fair number of Indians playing in the series are from the Garden City of Bengaluru which included Vidwath Shetty, Mukunda Dashrathy, Anik Ajmera and Chiraag Patel. Another Bangalore boy in Adarsh Jayappa stamped this city’s and the country’s mark in this APL series by shipping the Super Deep Stack Event last night. Jayappa has previously had deep finishes in the India Poker Championship and the Deltin Poker tournament and we are given to understand this is his first regional title.