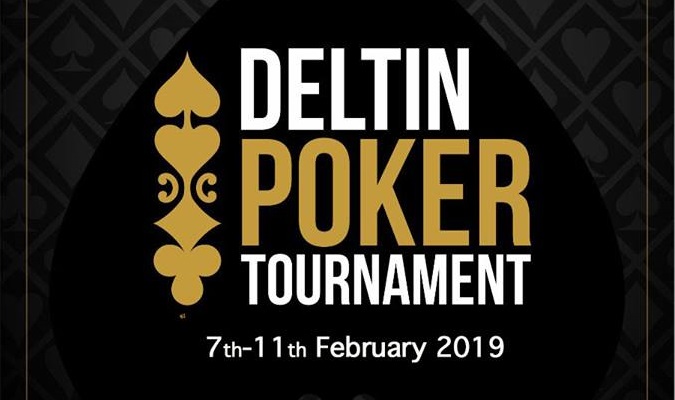 
Here’s an announcement that poker players from all over India wait for every few months. With the poker industry in India booming over the last couple of years, players wait for a chance to play live as there are only a few cities where live poker is allowed in India. Once again, we get ready to welcome the very popular Deltin Poker Tournament (DPT).

The Deltin Group hosts three-four editions of the DPT each year and they’ve very recently announced the dates for the first series of 2019. Played on board the luxurious Deltin Royale in Goa’s Mandovi River, the series will take place between 7-11 February 2019, with plenty of high-stakes tournaments scheduled, along with satellites.

Tournament entries range between INR 15,000 and INR 65,000. The series will kick off with the INR 15k Deep Dive tournament and the biggest buy-in tournament is the INR 65k Adda52 Highroller, scheduled to begin on 8th February. The highlight of the tournament once again is set to be the INR 35k Main Event.

The Main Event will have three starting flights spread across two days, with Day 1C being played in the Turbo format. We’re expecting some of India’s best pros to be a part of the action and it’s definitely going to be buzzing out there, given the success of the recent WPT India series at the same venue, where 697 entries were recorded to the Main Event, which was won by Nikunj Jhunjhunwala. 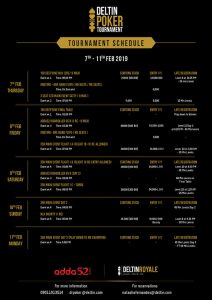 It has been a while since the last live tournament at Deltin, with the WPT India series being played in November. Prior to that, Awnish Singh was victorious in the DPT Main Event in July 2018, walking away with a handsome top prize of INR 35 Lakh.

GutshotMagazine.com will be following all updates in the build up to the DPT, as well as timely updates once the tournament begins in Goa next month, so stay tuned.