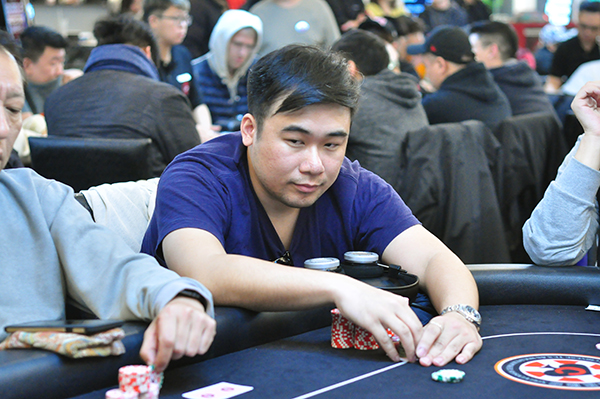 
Asian Poker Tour (APT) opened its year in Vietnam. Next, it went to Japan for the first time and conducted a successful series there. After Tokyo, it was time for them to venture into another new territory, Taiwan.

2019 APT Taiwan, hosted at the CTP Club, Taipei, was inaugurated on 20th Feb and will be in the books by 3rd March 2019. The TWD 33k Main Event, the gem of the series, has completed its Day 2, after three starting flights. A total of 523 entries were made in the tournament and 92 have survived Day 2 yesterday.

Entering as overall chip lead on the day was South Korea’s ace player Lim Yohwan aka ‘Boxer’, following by Day 1B chip leader Manh Nguyen. However, it was Hong Kong’s Chung Kin Fai taking the lead by bagging 385k chips at the end of the day after some tough poker action that lasted almost a day.

Closing the day second in lead is Taiwan’s Philip Wang with 324k chips bagged. Wang was dominating at the table and has the largest stack for most of the day. Third in chip lead is Ho Man Tsun of Hong Kong with 299k chips. Japan’s Go Mori, one of the winners in 2019 APT Tokyo was also in the mix and finished at 7th in chip counts.

Chip leader Fai has over $42k in live cashes till now and is a decent regional player. He mostly has cashes from Taiwan itself and made his best cash of ~$15k back in Sept. 2018 finishing 3rd in PPPoker Festival ME Taiwan. He has even played in Macau and has cashed there as well. He has a fair chance of shipping the tournament, but there are many sharks still running in the mix so it’s hard to say at the moment.

The 92 runners will return today at 1 pm and the FT of 8 will be reached. The top pay-out is of TWD 3,146,200 (~INR 72.52 Lakhs) and it will be exciting to see who wins it. Keep reading GutshotMagazine.com for more such tournament updates from around the world.