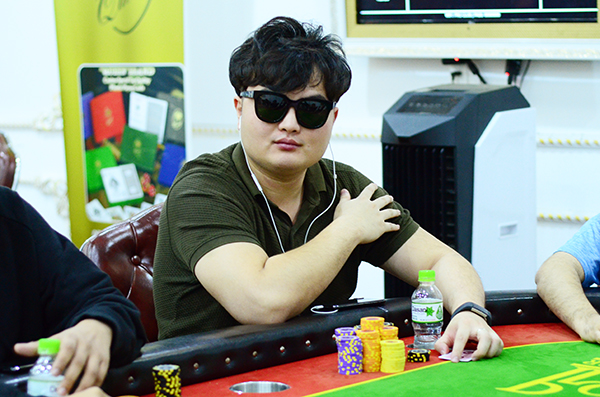 The Asian Poker Tour (APT) recently made a stop at Pro Poker Club in Ho Chi Minh, which is their third series in Vietnam in 2019. Vietnam has been a good hunting ground for Indians in the last year and more, and our players have been in action at the APT Vietnam Main Event as well, which just concluded its third and final starting flight yesterday.

From Day 1A, we had a total of 6 Indians progressing to Day 2 of the tournament, while 2 more big names including Dhaval Mudgal and Sumit Sapra progressed from Day 1B. Yesterday was the largest flight of the lot and Day 1C attracted 223 entries by the end of the registration period, taking the total field to 389 entries.

70 players survived the first starting flight and yesterday, 112 bagged chips which takes the total field to 182 entries that will resume on Day 2; late registration will continue till some time on Day 2 today. From among the 112 that progressed yesterday, we had 6 Indians led by Ankit Wadhawan, and followed by Madhav Gupta, Vinay Agarwal, Abhinav Iyer, and Akshay Nasa.

As for the chip leader, it is Malaysia’s Choi Eng Loong (pictured above) who ended at the top with a stack of 140k, while India’s charge is led by Wadhawan who has around 90k in chips. When Day 2 resumes today, 182 players will hit the tables, with 13 Indians among them, all aiming for some big prizes at the Pro Poker Club.

For more updates on the top online and live poker tournaments across the world, stay tuned to GutshotMagazine.com.