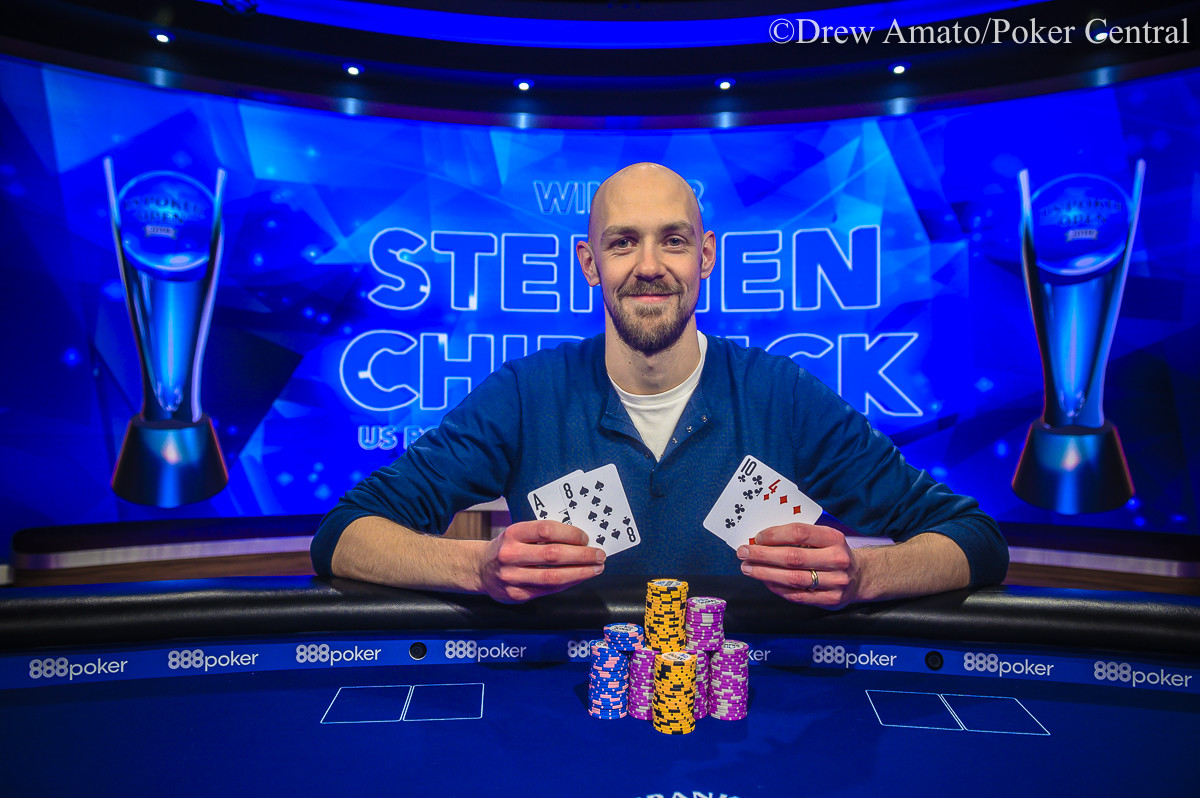 
Stephen Chidwick’s run in US Poker Open (USPO) has been phenomenal. He had bagged two titles in the inaugural edition of the USPO last year and this time, he completed his hat-trick of USPO titles by winning the first event – $10k NLHE. Now, he bagged number 4 as well!

In a marvellous series of events, the British pro bagged his 2nd USPO in this edition and his 4th overall USPO title, winning the $25k PLO. He took home $351k (~INR 2.49 Crores) as the first-place cash prize, sending Cary Katz (runner-up of Event #5) to the rail at 2nd place.

Chidwick has played so well that he has finished in the Final Table in 4 out of 6 completed events this year. Out of the 4, he won two and finished 3rd and 6th in the others, earning $705,950 totally in this series. Chidwick’s win was kind of sure-shot, since he was leading overwhelmingly as the only person on the FT table with over 2 million chips. Prior to winning, he was 2nd behind Sean Winter in the 2019 USPO High Roller points race, but he has now bagged the top spot with 540 points in all and 4 events still in the coming.

Chidwick has earned over $21 million in live cashes till now. He had figured 1st in the 2017 GPI Player of the Year standings. He sits comfortably at 1st on England’s All Time Money List too. Bagging his 4th USPO title is surely a great feat in his career and he’ll be looking to continue this trend in the remaining set of events and into the next year as well.

Chidwick entered the day with a massive chip lead, as mentioned before, but most of the action leading up to heads-up was displayed by Katz. Katz first cracked Anthony Zinnno’s aces in a pre-flop all-in situation and hit a runner-runner flush. The next to fall victim to Katz’s blow was Ben Lamb.

A few hands later, with 3 players remaining, Tom Marchese bet with Queens pre-flop and Katz called with suited clubs. Marchese shoved on the Jack-high flop and Katz also called, having both straight and a flush draw. Katz hit his club flush on the turn and Marchese had to settle for $156k as third place cash prize.

Heads-up between Chidwick and Katz saw both exchanging the chip lead several times. At one point, it looked like Katz would be the winner, but Chidwick proved everyone wrong and doubled up in a key hand and put him back in the lead. Chidwick won a double again with a flush on the river against Katz’s top pair.

In the final hand, Katz was with Jacks and shoved his short stack pre-flop. Chidwick called with As 8s 10c 4h. The flop and the turn of 3c 2s 10s 5d gave Chidwick the Five-high straight and the turn of 6c proved indifferent. Chiwdwick swept the table clean. Katz won $234k for his runner-up finish, while Chidwick is slowly becoming the greatest USPO player ever.

The series’ Event #7 – $25k NLHE was also running simultaneously and the final 6 players have been reached as we speak. A total of 37 unique players made entries in the event and included the likes of 2018 GPI Player of the Year Alex Foxen, his girlfriend Kristen Bicknell, Bonomo, Winter, Peters, Loeser, Kempe, Chidwick, etc. but they are all excluded from the top 6. 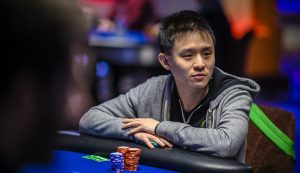 US pro and WSOP bracelet winner Ben Yu (pictured above in another event) has bagged the chip lead wiith over 3 million chips. He has overwhelming odds to ship the event since the 2nd in chip lead, Jake Schindler, has only about 1.2 million chips to his name.

Keep reading GutshotMagazine.com for timely upcoming USPO tournament updates and for general poker news from around the world.