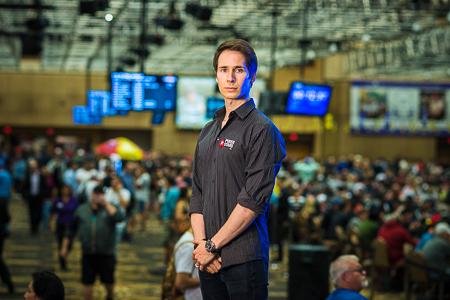 
American poker professional and CardsChat Brand Ambassador Jeff Gross has put out a video to announce his departure from the world-famous PokerStars brand. He was in a capacity of Team Pro in his relationship with PokerStars but has decided to part ways with the brand, citing various reasons in the video.

The 32-year old player was associated with PokerStars for almost 2 years. He posted a “goodbye” video on the website and mentioned that he has left PokerStars on good terms. He seems poised to continue his relationship with CardsChat and with PokerStars Team Pro Jason Somerville and his Run it Up brand.

Gross was signed on as CardsChat ambassador in October last year. Debi O’Neill, CardsChat Forum Administrator had said then, “We are very excited to be working with Jeff and to have him engaging with our members in the forum. We are thrilled to have a player of his calibre available to assist them.” Gross has over $3 million in live cashes and has cashes from all over the western hemisphere.

Gross said, “We [PokerStars and Gross] could not reach a mutual agreement on terms to continue moving forward’ so they decided to end the relationship with PokerStars over a possible conflict of interest.

Gross is also a popular Twitch streamer and collaborates with Somerville’s Run it Up from time to time. About the latter he said, “I love being part of Run it Up. It’s unclear where that will go with me and how that will work, whether we’ll still be working together or not. We’ll figure it out. But it’s totally open.” Watch the entire video here:

PokerStars is still leading partypoker but the latter is making waves in the industry, trying its best to catch up. Keep reading GutshotMagazine.com for more similar community related updates as well as for general poker news from around the world.