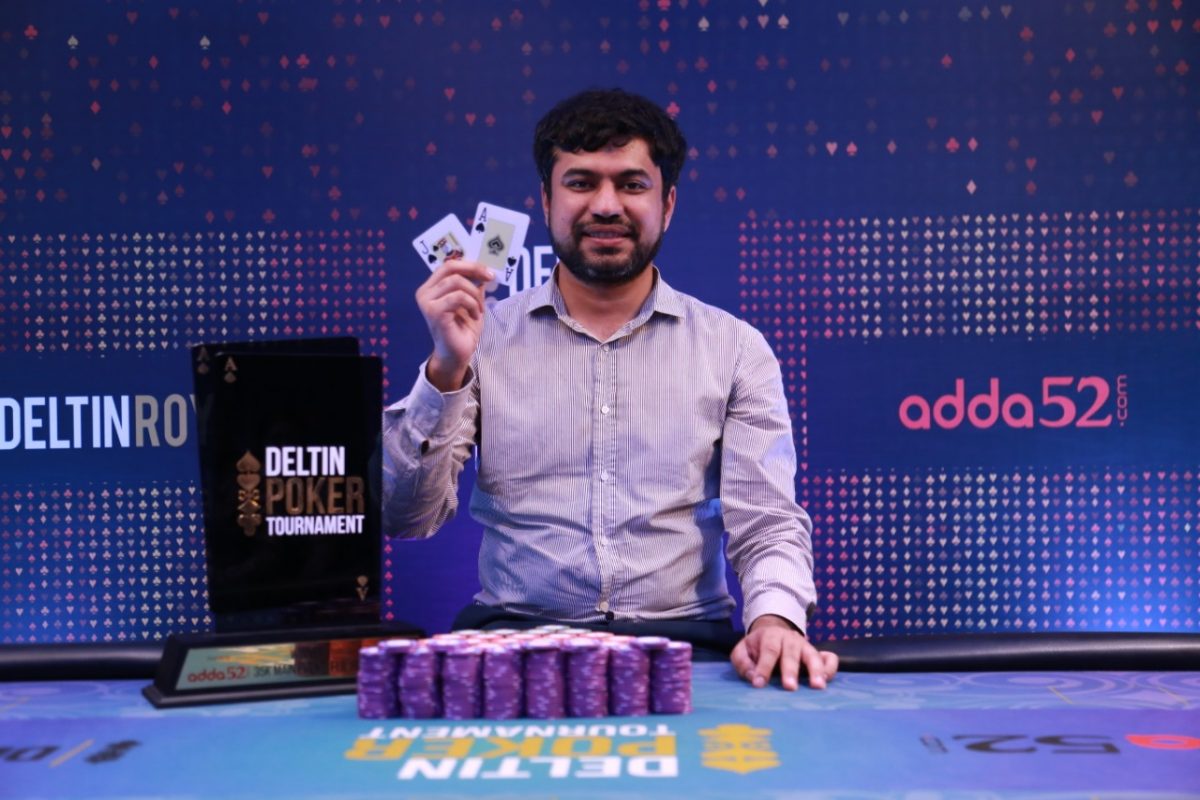 
For those who were following the live stream or Gutshot’s live updates on the Feb 2019 Deltin Poker Tournament (DPT) Main Event, you would know that a player called Ankit Kapoor held the chip lead right through the day. He began the FT today as the chip leader and never gave up that lead, playing some fantastic poker for all to see.

He played aggressive poker and executed most of the knockouts on the Final Table, truly deserving this victory. It was his second FT of the series but this time he ensured he walked away victorious. In heads-up, he was up against Mayank Jaggi, a seasoned poker player and not an easy opponent to get past.

However, Kapoor was on top of his game today and at no point of time did he seem uneasy on the FT. He wins INR 22,50,000 while Jaggi will have to settle for INR 14,80,000 for finishing second. Kapoor turned pro in December 2018, just a few months back and this has proved to be a brilliant start to his professional career as a poker player.

Kapoor started heads-up with a 2:1 chip lead and it wasn’t too long before the final hand was played, less than 10 minutes since heads-up began. The final hand saw Kapoor shoving all-in with AJs and getting a call from Jaggi, who had K8d. The latter needed to hit one of those cards on the board but failed, as Kapoor completed an Ace to Five straight. See board: 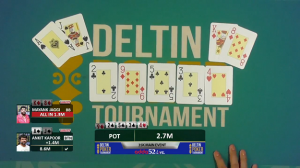 The 35k Main Event ended on a great note, with Kapoor taking away the top prize of the series. Not just has he added a huge amount to his poker bankroll, but Kapoor has also gone down in Indian poker history as a DPT Main Event champion, beating 286 entries in this case.

When spoken to after the tournament ended, Kapoor said, “It feels great. I couldn’t get over the line in the earlier tournament (INR 15k Deep Dive), but I managed to do it this time, so it feels good. Mayank (Jaggi) played really well. He was a tough opponent and he almost caught me bluffing a few times. I’ll definitely be at all future DPT events, but I’ll try my hand at other Asian tournaments as well.” 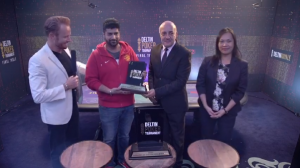 Host Barney Trouble ended the presentation by announcing the next DPT Colossus series, which will take place at the same venue in April this year. Until then, keep reading GutshotMagazine.com for all updates from the Indian poker industry.