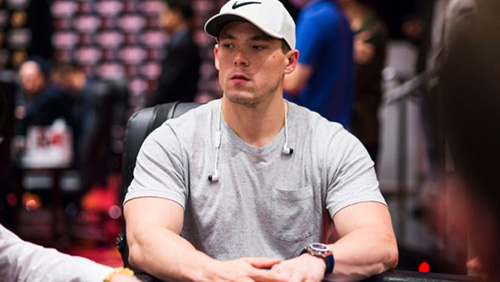 
The Global Poker Index (GPI) releases a list of poker tournament players considering their results over a six-year period. United States’ poker pro Alex Foxen started off his 2020 by coming on top once again and holding the GPI Player of the Year (POY) title. This 2-time winner has now been drawn into a $500,000 cryptocurrency lawsuit brought by South African poker pro Ronit Chamani.

Chamani filed the charge on 13 January 2020 in the US District of Nevada naming the main defendants Paul Tyree and Nicholas Gubitosi of Quasar Mining Group Inc. The allegation was that she invested more than $200,000 in the company of which Foxen was a founding partner. The scheme attracted $1.97 million in investments from at least 17 investors before it closed down in February 2019.

A LinkedIn page of Gubitosi shows him as a Business Developer and Tyree is named as Vice-President. The two men have been accused of ‘unjust enrichment, negligence, and breach of fiduciary duty and SEC Securities fraud’. A lawsuit is filed by the lawyer representing players in the Mike Postle case, Maurice Mac Verstandig. He is named as Chamani’s attorney in court records. Former poker pro, Jessica Dawley is also on Chamani’s legal team.

According to Chamani’s complaint, it was Foxen who “personally solicited Ms. Chamani’s investment, relying on his relationship with her and his goodwill in the poker community,” as reported on Kickasspoker.com. Quasar intended to provide ‘a legitimate and fully-transparent, and self-sustaining cryptocurrency mining ecosystem’ further adding, “Our token will enable its holders to participate in and realize the benefits of mining without overcoming the various barriers to entry.”

She has listed several allegations against Tyree and Gubitosi which claims that they paid themselves $250,000 as joint salary. They also paid $120,000 in total salary even after the company was shut and that their office space was actually “a luxury New York City apartment.” Also, asserting that $100,000 spent on a work that was carried out and the mining hardware brought for the Quasar Token scheme was the wrong hardware.

Chamani has over $730k in total live earning and sits 8th in South Africa’s all-time money list whereas Foxen has over $16 million in total live flows of cash who describes himself as an investor in BlackDrop and other several schemes and business after becoming the leading tournament players in recent years. And till date, no hearings have been scheduled in the case.

Keep reading GutshotMagazine.com for more such updates from the poker industry and tournaments around the world.