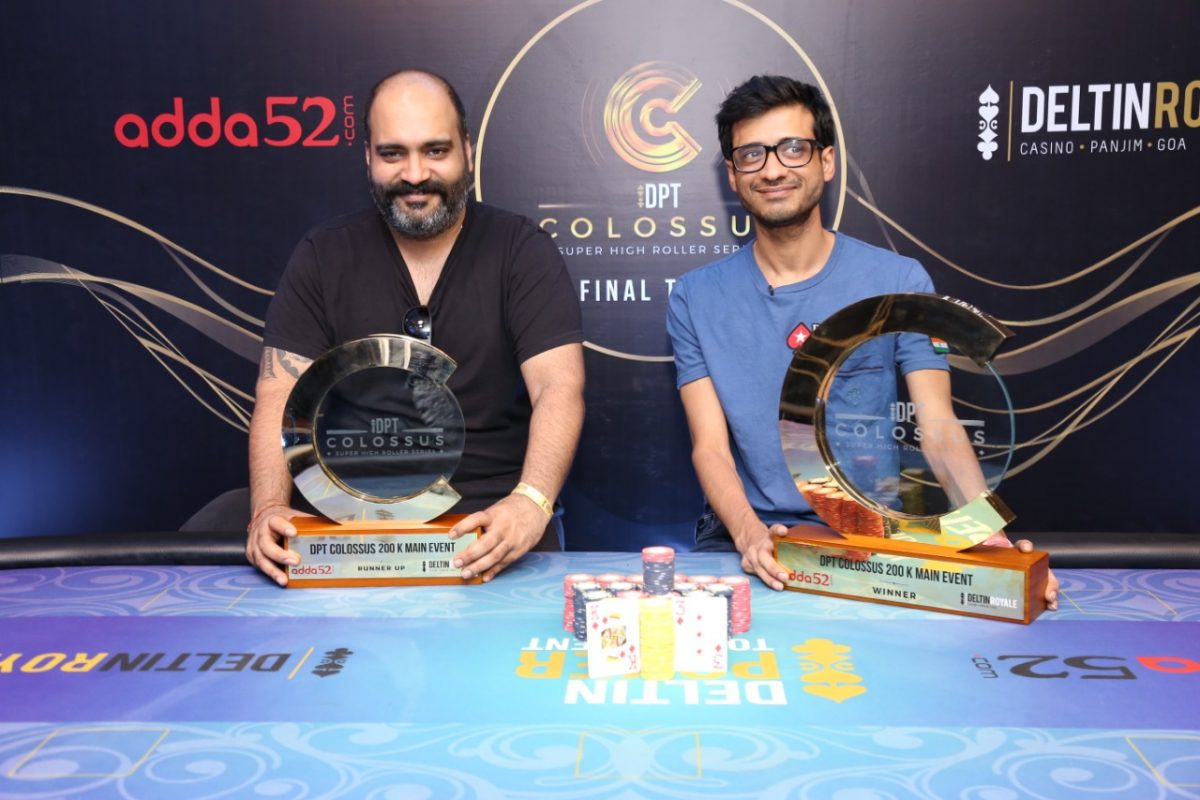 
They call him one of India’s best poker players and it’s not for no reason. Over $1 million in live cashes, a decent presence in major international tournaments, a PokerStars Team Pro and the coach of a handful of up and coming poker players in the country. That’s Aditya ‘Intervention’ Agarwal for you.

When he’s not training the newer lot of players, Agarwal decides to go out and get some silverware himself and that’s what he did last night on board the Deltin Royale in Goa. Having registered to the DPT Colossus INR 200k Main Event, Agarwal beat 42 entries (35 unique + 7 re-entries) to take down the title and a massive bankroll addition.

Sahil Chutani was leading at the end of Day 1 of the tournament but the story changed completely as the event progressed, with Chutani eventually bubbling the event after his AQ hit Madan Kumar’s AQs, the latter completing a spade flush and sending Chutani out of contention.

Day 2 came to an end when the FT of 8 was formed and Chutani was the first casualty yesterday on Day 3, with all the remaining 7 players in the money (min-cash INR 6 Lakh). Madan Kumar had a massive chip lead over the rest at this stage, almost double the next best. Agarwal himself wasn’t doing too well until the FT was formed, where he stood next best to Kumar. 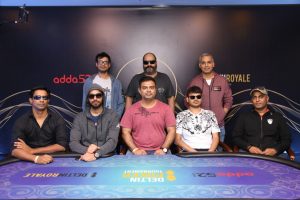 Another industry veteran Jasven Saigal was on the FT, eliminating Alok Birewar in 7th place while Agarwal then decided to come to the party, knocking out Pradeep Sharma in 6th place. Madan Kumar took out Gokul Krishna in 5th while Agarwal sent Adda52 Team Pro Kunal Patni to the rail in 4th place.

By this point, the competition had intensified, and Agarwal even managed to take a decent chip lead. It wasn’t too long before Saigal managed to hit a full house to send Kumar out and heads-up began between two very well-known poker entities in India. The star-studded affair began very levelled out, with Agarwal having 1.3 million chips against 1.2 million of Saigal, just one hand in heads-up.

For all updates on the Deltin Poker Tournament (DPT) and other poker tournaments from around the world, keep following GutshotMagazine.com.