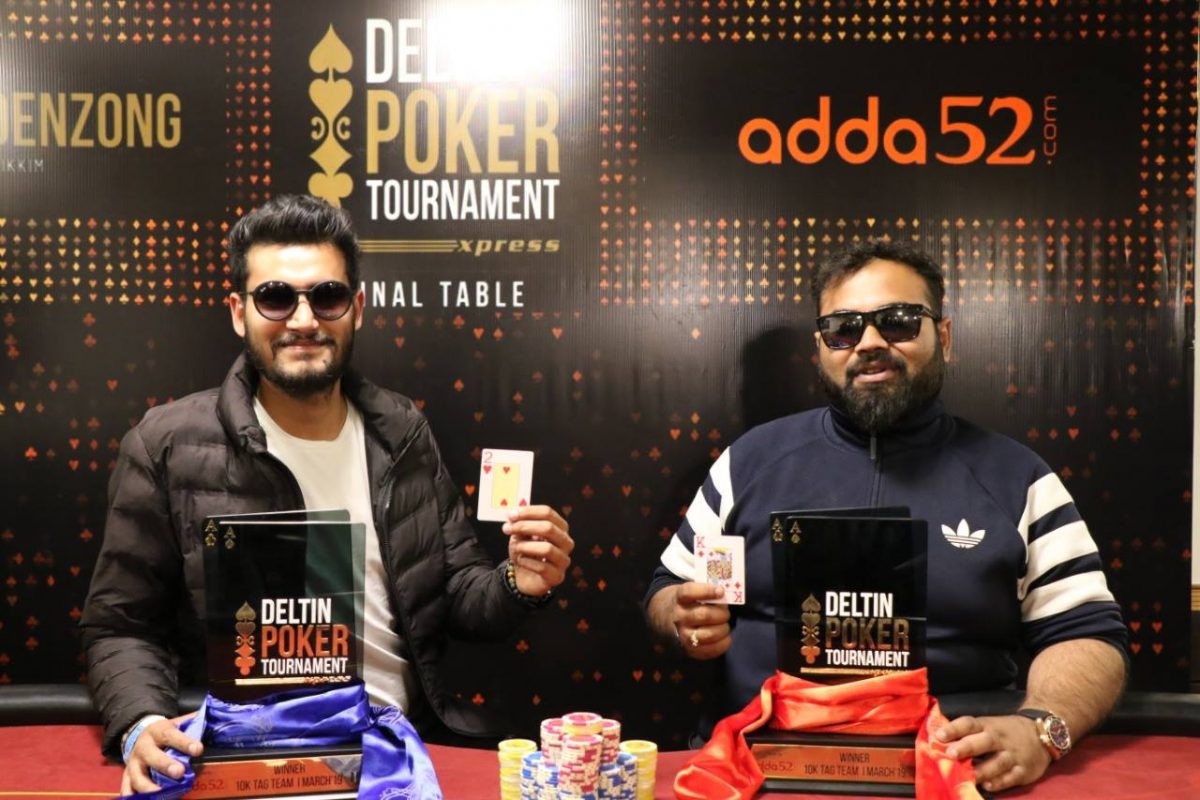 
Deltin Poker Tournament Xpress (DPTX) went underway at the Deltin Denzong in Gangtok, Sikkim. Yesterday saw the final tournament of the series, the INR 10k Tag Team Event take place and declare its winners. The Main Event of the series was already won by Ankit Jajodia.

A total of 17 teams participated in the ultimate tournament of this edition’s DPTX. Bollywood actress and Adda52 Celebrity Pro Minissha Lamba, well-known grinders Sajjan Barnwal, Anant Purohit and DPTX Kickoff winner Debashis Bal were some of the notables to mention that were teamed up to play in this event.

Winning the tournament and INR 81,300 in prize money were Aayush Aggarwal and Rishab Dalmia. They both played till level 15 and defeated Amit Gaikwad and Rajat Singh in heads-up to secure the victory.

At level 7 in the tournament one team tripled up considerably. Anish Kumar shoved in and Sahil Parakh and Yuvraj Chaudhary called. Kumar, with Qh Jh matched both hole cards and beat the other two, who both funnily had pocket Aces. As play progressed, the field whittled down to 12 teams at level 9. Anant Purohit’s team was busted at 15th against Pawan Jaiswal.

In the last hand, Dalmia shoved with Kd 2h and Gaikwad called with 10s 3d. the board ran out Qs 2d 8h 4s 2s and gave trips to Dalmia and he, along with Aggarwal, lifted the trophy and bagged the first-place cash prize. The runner-up team settled for INR 52,000 as the second-place pay-out.

The series ended successfully with plenty of players from nearby cities and faraway metros alike in contention. DPTX is a one of a kind series. It is the only major tournament brand that’s operating in that region and giving poker enthusiasts from there a chance to test their live skills. Players, even if they didn’t win anything in the series, would’ve called it a fulfilling trip, owing to the beauty and solitude that the North East offers.

Keep reading GutshotMagazine.com for more such live tournament updates, results and for general poker news from around the world.