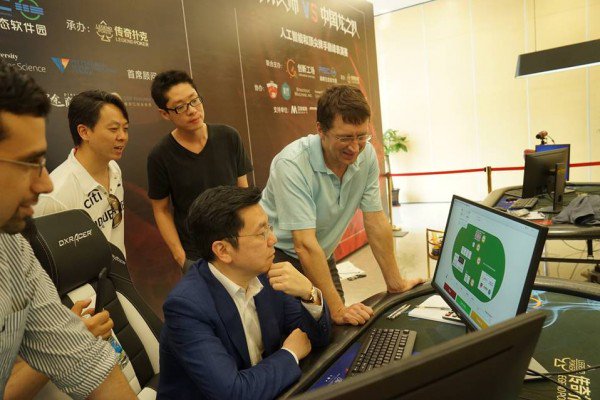 
A lot of politicians and war planners who play poker have stated in their memoirs and elsewhere that poker is just like international relations and human warfare. All parties involved in poker are looking to make the best deal for themselves, just like in war planning, where countries try to maximise profit using as little resources as possible. The human factor in poker makes it a perfect model to analyse economic and war-time relations between different countries.

Something in line with this happened recently. The makers of the famous AI computer program – Libratus have agreed upon a deal worth $10 million with the Pentagon (US Department of Defense) which details two-year contract for Libratus to work with the US Army.

LIbratus – Latin for “balance” – was created by a team of computer scientists from Carnegie Mellon University (CMU) – a college in the steel town of Pittsburgh, New Jersey, which is at the cutting edge of robotics, automation and AI.

Libratus first made news when it beat four top players (Jimmy Chou, Daniel McAulay, Dong Kim and Jason Les) in an NLHE game at a casino in Pittsburgh. Dominik Nitsche, one of bests in live poker was asked once that who might he choose as the best poker player in the world. His answer was an instant – “Libratus.”

CMU professor Tuomas Sandholm (pictured above in blue t-shirt), who is the mastermind behind the Libratus project, along with his six employees will work together with the Pentagon agency, The Defense Innovation Unit, on the applications of AI in defense sector.  Sandholm told the press, “I think AI is going to make the world a much safer place.”

The United States Army has been, over the course of decades, pouring a healthy chunk of its GDP into defense and it comes as no surprise that the next logical step is to incorporate the innovative and novel approaches like AI and machine learning in the defense sector.

Pentagon now has roughly 600 different AI projects running, which costs a total of $1.7 billion. These projects are overseen by the Joint Artifical Intelligence Centre (JAIC) and the Defense Advanced Research Project Agency (DARPA) has announced further plans to invest around $2.59 billion in AI weapons research in coming years.

Keep reading GutshotMagazine.com for more technology news like these and for your daily dose of general poker news from around the world.