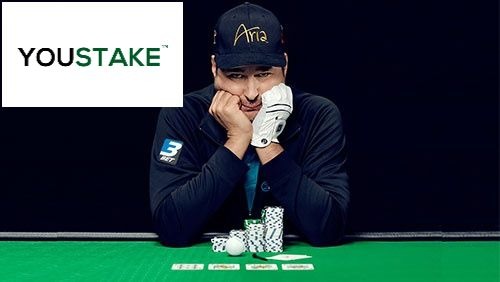 
If you are a poker professional, or even a newbie in the poker industry, you must have heard of Phil Hellmuth. The 53-year old American poker pro is one of the most popular poker players in the world, with over $22 million in live poker earnings, and a best live cash of $2,645,333. He also holds the record for most WSOP bracelets – 14.

The pro is always in the news, having recently done rounds on social media for allegedly not tipping his Uber driver. However, this time, he has hit the news for a more significant reason, being signed by a major staking website as their ambassador and advisor – YouStake.

YouStake is an online staking company that was initially launched in 2015 but shut in late 2016 for legal reasons, only to have recently relaunched. The company, which is a sports crowdfunding platform, allows the public to contribute to a poker player’s buy-in for live events, thus making poker action a tradable commodity.

Hellmuth, also known as the ‘Poker Brat’, will not only represent and advise YouStake, but he’ll also promote a variety of tournaments and cash games on the YouStake marketplace. Hellmuth listed his first tournament on the website, the WPT L.A. Poker Classic, where he was selling 60% of his action. Despite a 60% mark-up, his $6,000 worth of action was bought by online investors in just a day.

“I speak for the entire team at YouStake when I say that we have been grateful for the amount of support from the poker community, with notable professionals joining the ranks throughout the years. Phil Hellmuth is our newest team member and we are excited to have him on board. Phil leads the WSOP bracelet all-time list, and we look forward to him offering his tournament action to our users during the WSOP. He brings an enormous amount of positive branding, poker accomplishments, and business experience to our team and we are anticipating continued growth of our marketplace with him on board,” said Frank DeGeorge, YouStake co-founder and CEO.

For similar poker updates from around the world, keep watching GutshotMagazine.com!