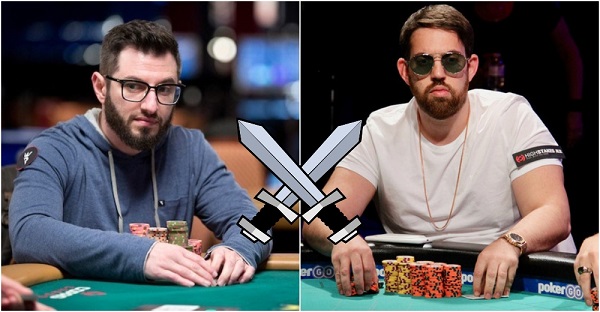 
The story of 3-time WSOP bracelet winner Phil Galfond and his mystery challenger ‘VeniVidi1993’ has been somewhat like a horror one. It was the first Galfond Challenge of 2020 arriving into its third full week where the Run It Once founder opted to suspend the game after going €900,000 down.

Bearing this heavy loss, Galfond shared some valuable gaming insight into the downswings and a 4-page note upon a dreadful start. He writes, “I was playing scared. I was expecting to lose. I simply couldn’t get my brain to work properly,” he further explains, “The most difficult thing about an extended downswing isn’t the loss of money – it’s the loss of hope. It’s the game between the result and your expectations, and how it changes your vision of your poker future.”

While Galfond was taking a break from his loss, 2019 WSOP Low Ball Triple Draw Championship winner Luke Schwartz, didn’t shied away from making an opinion. While Galfond highlights his dilemma by writing in the same note, day after day of tiring poker sessions and study, he was unable to play his A or B game, Schwartz responds posting a note on his Twitter page, saying “Forget you talking about a game b game c game, your A plus game will lose to him at close to the same rate that you have been.” Check out Schwartz’s tweet:

Just after smelling blood, Schwartz posted his own note addressing Galfond as a “washed up nice guy”, who “certainly can’t beat the top guys in PLO anymore”, also adding, “he’s either too much ego or too stupid to quit.” He also reiterated Galfond to play him heads up, Schwartz previously asked him to face off in any limit or big bet mix.

Galfond who planned on taking a break, replied to Schwartz’s tweet saying that he will play after WSOP as discussed before, “Do I have to post our texts?” To which Luke replies saying “I’m just hyping it,” backing off a bit later, saying “was more of a slander about the post match essays and the miserable fanboys worrying about you.” Check out Galfond’s tweet:

Galfond previously suggested that whenever they both play against each other, they’d start with $1,000/$2,000 8-game, and 15,000 hands. Schwartz is quite a successful player in mixed and limit tournaments and other big-bet online cash games. For more updates on poker from around the world, keep reading GutshotMagazine.com and stay tuned!