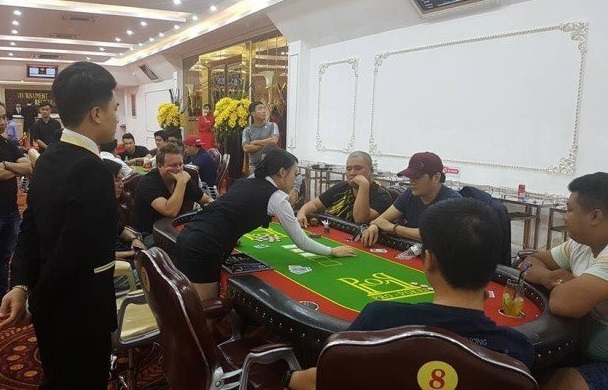 
Yesterday, we reported what went down in the 2019 World Poker Tour DeepStacks (WPTDS) Vietnam series Day 1. The day saw VND 10 million Kickoff host Day 1A, first starting flight. The day attracted 74 entries out of which 9 progressed to Day 2. India’s Alok Birewar and Praveen Dwarkanath were among the ones to qualify with big stacks.

Yesterday, Day 1B of this event began in full swing at the Pro Poker Club in Ho Chi Minh City, Vietnam. This second starting flight, out of a total 4, attracted 121 players from which 15 qualified. These 15 will now join 9 from Day 1A, who are all in the money.

Jain hails from Chennai, India and has played many live events in his country. He cashed in various tournaments in the past. His first recorded live cash came in 2015 India Poker Championship (IPC) for INR 2.75 Lakhs. Since then he has cashed in DPT, BLT and other reputed Indian live tours. He earned his best live cash of INR 11.51 Lakhs in 2017 WPTDS India ME, finishing 6th.

Two days of WPT Vietnam is already in the books. A large Indian contingent has made its presence felt in these days already. Defending Champion Dhaval Mudgal is also present at the venue and will play the Main Event, which is starting on 19th March, to defend his title.

Final two flights of the Kickoff will be played today and Day 2 tomorrow. Keep reading GutshotMagazine.com for timely updates from this series and others from around the globe.