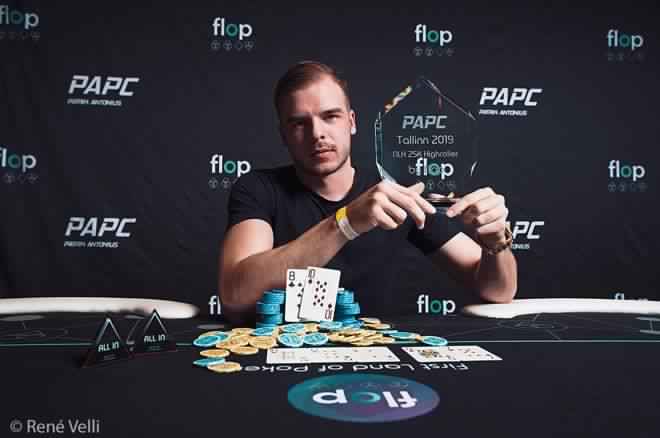 Patrik Antonius’ new venture, Patrik Antonius Poker Challenge (PAPC) kicked off in Olympic Park Casino in Tallinn, Estonia. The series began on 3rd April yesterday and will go into the books on 7th April. The opener event €25,000 High Roller was the first to declare its champion.

A total of 17 entries were attracted to the event and four of those were of Antonius himself. In the end though, it was Pauli Ayras of Finland. Ayras earned €163,300 (~INR 1.26 Crores) as the first-place cash prize, beating Holland’s pro Teun Mulder.

Rounding up the top 3 was Germany’s high-stakes pro Koray Aldemir who finished with €81,600 in his pocket. The buy-in for the event was so high that Tallinn’s biggest buy-in event which was hosted EPT Tallinn HR in 2010 was worth less than half of this one.

Ayras after his win said, “It was nice to win. I played really solid all day. Nothing really crazy happened before heads-up play. The heads-up player was a really tough player from Holland. I think he was one of the best players in this tournament. Still, I just feel I was one step ahead of him at all times and figured out what he was doing.”

Ayras is no stranger to 25k HRs. He finished 2nd in €25k HR at EPT Barcelona last year and ranked ahead of David Peters and 2018 GPI Player of the Year Alex Foxen. Yesterday, he added his second 6-figure score after winning €256,000 last year in Barcelona.

For Antonius himself it was a pretty bad day. He bought 4 times into the tournament but received multiple bad beats and busted out of the money. He lost multiple pots with Pocket Queens. He lost a big pot getting two-outered by Eights against his Queens. On his final attempt, he shoved with Queen-eight suited only to run into Queens.