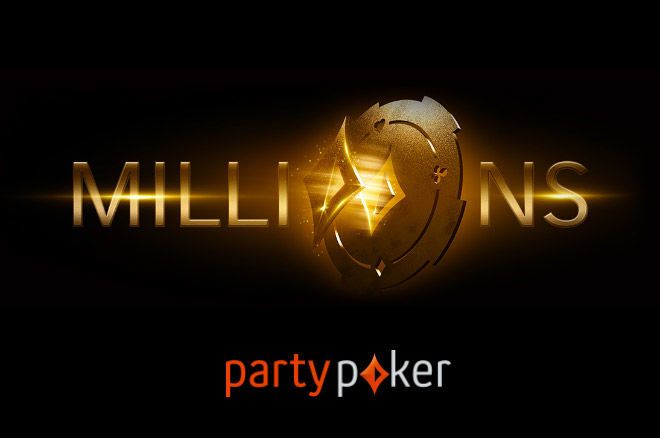 partypoker MILLIONS LIVE 2019 will see changes to ME


partypoker is one of the leading brands in the worldwide poker industry, having a considerable presence in their live and online platforms as well. The 2018 season for partypoker went incredibly, culminating in the record-breaking partypoker MILLIONS Online tournament that created a prize pool of $21,385,000, and the two toppers (HU deal) earned over $2.3 million each.

In 2019 however, the brand has decided to shake things up a bit, introducing a single Day 1 freezeout structure with a $10,300 price mark for all their Main Events for the forthcoming season. The season will see five partypoker stops around the world, beginning with Rio de Janeiro, Montreal, Rozadov and Baha Mar, and will once again top off with the MILLIONS Online event.

The tweaks to the Main Event come because partypoker’s UK tour last year did not meet expectations and attracted only about a thousand entrants. Due to this, Rob Yong, the owner of Dusk Till Dawn, Nottingham, where the UK series ran, had revealed in October that there will be changes to the Main Event of upcoming season.

The changes reflect a lot of player’s desires and expectations about the structure of partypoker’s live events and is a welcome development for the overall community. John Duthie, partypoker President, elaborated on the changes saying, “Our MILLIONS Season 2 tour has been very successful, however we pride ourselves on listening to player feedback and continually improving our offering to ensure we provide the best live tour in the world.”

He mentioned the details of the changes saying, “As part of this we are going to change the format of our MILLIONS tournaments to a 10,000 (local currency) freezeout, with reduced late registration and no multiple Day 1s. The schedules will be reduced to a maximum of seven days, giving the host venues the option to add their own events around the tournament to build the festival.”

In an attempt to increase the prestige and stature of the brand, partypoker is also introducing a travelling trophy etched with Main Event winners’ names and will be an exclusive commemoration of their wins. This comes in line with World Series of Poker (WSOP)’s gold bracelets and rings given as trophies to winners, which have become a touchstone of the industry over the years.

Duthie further said, “We want the MILLIONS brand to be synonymous with being one of the most prestigious live competitions in the world. We hope these changes will allow us to improve and build our MILLIONS tour to make it the best LIVE experience for our players.”

Further details of the changes for the 2019 season haven’t been announced by partypoker, but players can expect to see more tournament changes as the brand will continue to fine-tune their structure so as to maximize the turn-out. Keep reading GutshotMagazine.com for similar tournament info as well as general poker news from around the world.