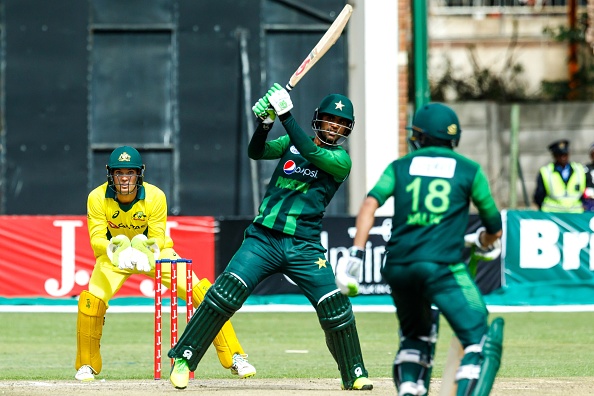 
Time and time again, Pakistan proves how good they are in the shortest format of the game of cricket, and that’s why they are ranked as the number one T20 team by the ICC. Yesterday was the final of the Zimbabwe T20I tri-series and Pakistan beat Australia quite comfortably to lift the trophy.

They had played each other twice already in the series, with Australia dominating one and Pakistan getting through in the second, which was a dead rubber. Zimbabwe couldn’t manage a single win in the tournament and it was Pakistan vs Australia in the final again, with both teams deciding to make changes to the sides.

Australia brought D’Arcy Short back in place of Nic Maddinson, while Pakistan decided to hand Sahibzada Farhan a T20I debut, in place of Haris Sohail, as the Aussies won the toss and elected to bat first. An opening stand of nearly hundred meant the Aussies had a good start but Pakistan were able to pull it back later.

Short top scored with 76 while Mohammad Amir’s 3/33 was the best bowling figures from among the Pakistan bowlers, as Australia put up a competitive score of 183/8. Pakistan needed a good start if they wanted to chase down this score and they got exactly the opposite.

Glenn Maxwell bowled the opening over and picked up 2 wickets, leaving Pakistan at 2/2 early on in the chase. However, it was a superb counter-attacking knock from Fakhar Zaman, who brought up his third fifty of the series and went on to get 91 in just 46 balls, at an astonishing strike rate of nearly 200.

He was supported by captain Sarfraz’s 28 and the experienced Shoaib Malik’s 43(37)* as Pakistan completed the chase in 19.2 overs and got their hands on the silverware. Zaman was awarded the Man of the Match award and also the Man of the Series award, for his 278 runs at an average of 55 in this series.