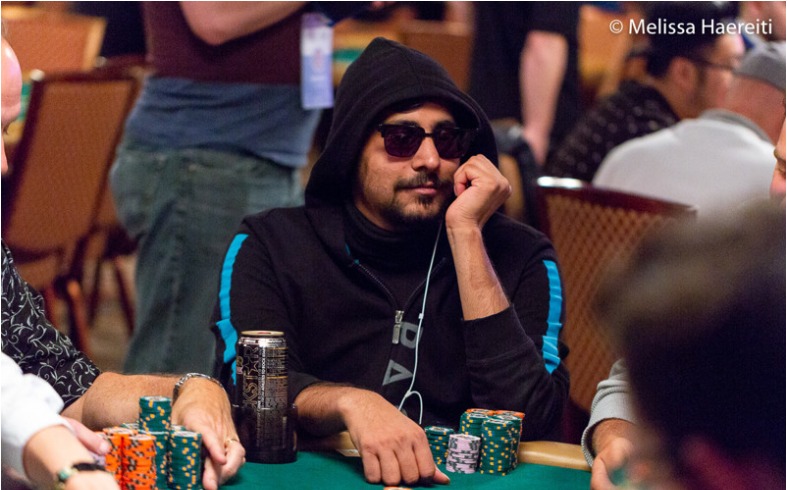 
It was a historic day for the Indian poker industry, as two Indian players progressed to Day 6 and were competing among the final 109 survivors in the 2018 World Series of Poker Main Event, from the original field of 7,874 entries. The two players were Vivek Rughani and Nishant Sharma.

Earlier today, we reported the news of Vivek Rughani cashing out in 88th position, recording the second-best finish by an Indian poker player in the WSOP Main Event. However, that was soon to become the third best, as Nishant Sharma made a deep run that was going to break all records.

Sharma entered the sixth day of play with a healthy chip stack of 5,800,000 and he built on this stack after Rughani was eliminated from the tournament. Playing among some of the best in the world, Sharma did brilliantly to keep going. He was once among the top 10 chip stacks when there were around 36 players left in the tournament. However, a couple of lost pots did big damage to his chip stack, with him eventually busting in 34th place.

In that hand that saw him exit the tournament, Sharma called his opponent, Aram Zobian’s all-in with pocket Queens. However, Zobian had pocket Aces and the dealer dealt 4-J-A-2-10. Zobian hit a set of Aces, to end a fantastic run by Sharma, finishing 34th for a massive prize amount of $230,475 (~INR 1.58 crore).

No Indian has ever cashed out so high in the history of the WSOP Main Event, with Aditya Agarwal’s 71st rank in 2015 being the previous best. Both of Rughani and Sharma were 9Stacks qualifiers (Sign up using code “GUTSHOT”) and they have made the country proud by such fantastic runs in the Main Event.

The day has ended with 26 players still in contention. Keep reading GutshotMagazine.com for a daily update on what’s happening at the World Series in Las Vegas.