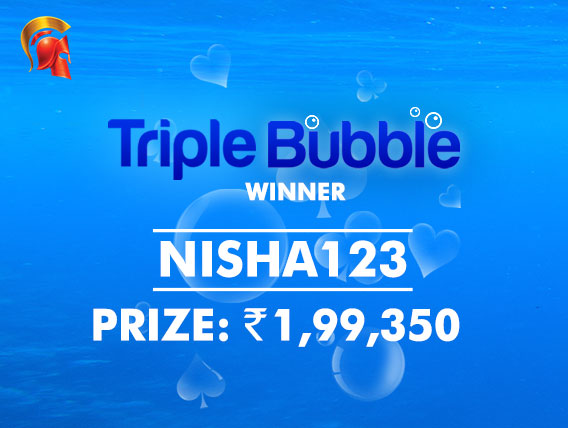 The Triple Bubble tournament has a buy-in of INR 3,300 and a massive guarantee of INR 9 lakh, with the first tournament taking place last night at 9pm IST. A total of 275 entries registered to this new tournament and the top 27 players were paid out a minimum cash prize of INR 9,000.

The tournament lasted 6 hours and 51 minutes, finishing just before 4am and at the end of it all, it was poker player Nisha Sareen aka ‘Nisha123’ who shipped the tournament, taking home a massive first-place prize of INR 1,99,350. She beat ‘7vik’ in heads-up, who walked away with the runners-up prize of INR 1,34,550 and also tickets to this month’s Two of a Kind and Millionaire tournaments on Spartan, a specialty of the Triple Bubble tournament.

The tournament also pays out other bubble players. ‘Davito’ bubbled the final table; the player took home a free ticket to August’s Millionaire tournament along with his tournament winnings of INR 20,160 for 9th place. The money bubble player was ‘Kingofking’, who missed finishing in the money, but Spartan returned the player’s buy-in amount of INR 3,300. 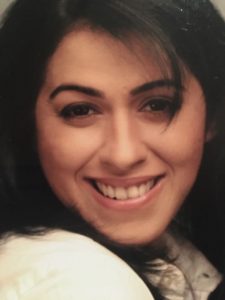 We spoke to Nisha after this win and asked her about the experience. She said, “The Spartan Poker is a great platform for girls to play. It was a great feeling playing and winning against all the pros in India. On the final table, the hand that made me cruise through was when I limped KKs against A6 clubs with the player 2nd in chips. The experience was awesome and I would encourage more women to play on Spartan.”

It was a good start to this new Spartan tournament and the participation will only increase from next Friday onwards. Keep reading GutshotMagazine.com for similar updates on major online poker tournaments in India.