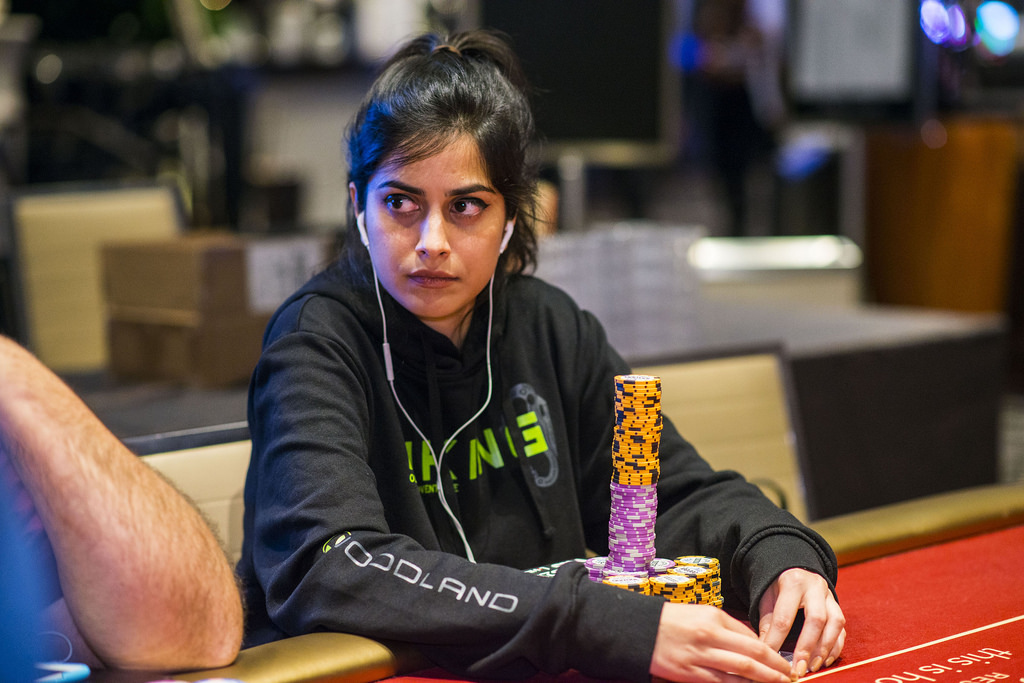 
Indian female poker player and Adda52 Pro Nikita Luther is having a great time out at the 2018 World Series of Poker in Las Vegas. Recently, she finished an impressive 17th position in the $3,000 NLHE Event at the 2018 WSOP, for which she was awarded $18,495 in prize money.

She was multi-tabling at one stage as she was also a part of the Tag Team Event, where she partnered with Giuseppe Pantaleo, a German poker pro with over $1 million in live cashes and 4 cashes in this year’s WSOP as well. They are among 28 teams who have survived at the end of Day 2.

Tomorrow, these teams will come out to play Day 3 of Event #55: $1,000 Tag Team No-Limit Hold’em, where the top 155 teams are being paid out and the pay-outs have already begun. Nikita Luther’s good run will continue in Vegas, as she has guaranteed herself her third cash of the series.

A prize pool of $928,800 was created at the teams event where other Indians participated too, but weren’t able to make it to the money. The duo of Aditya Sushant and Nipun Java created history by getting India its first WSOP bracelet last year, but they busted early this time around. Similarly, Aditya ‘Bitti’ Agarwal paired with Kartik Ved and Jasven Saigal, and even though they made Day 2, they unfortunately didn’t finish in the money.

Here’s Luther’s update tweet at the end of play on Day 2:

Clearly, the bracelet hopes are still alive as Luther and her partner go into Day 3 with 260,000 in chips. The pair at the top of the chip counts at the moment is that of Bon Koo and Bienvenido Caballero, who currently have 828,000 in chips. Keep reading GutshotMagazine.com for an update on this event tomorrow.