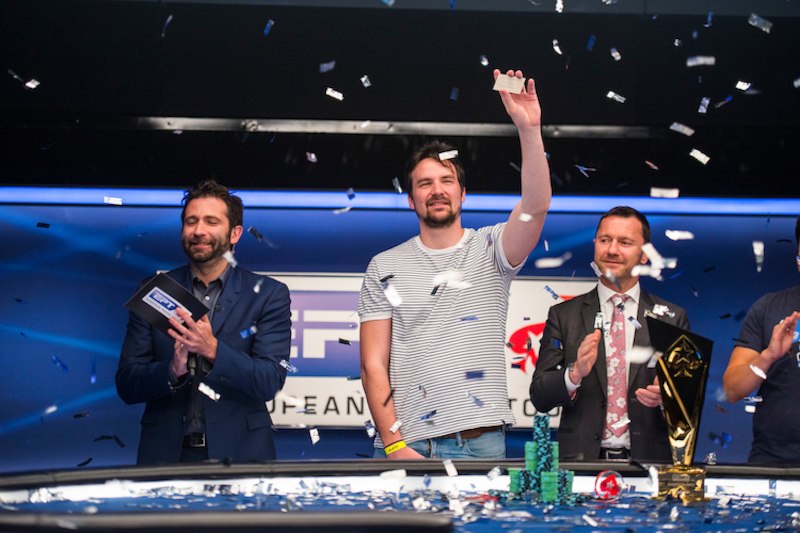 
Frenchman Nicolas Dumont first cashed out in a live poker tournament way back in April 2012, when he finished 81st in a Winamax Poker Tour event and took home €1,200. Six years passed since then and the poker player had never won a live title, or even finished on the final table of any tournament, until yesterday.

The European Poker Tour has a current stop at Monte Carlo which has been going on since April 24th, and Dumont decided to participate in the Main Event of that series. Turns out, he beat 775 entries (including 201 re-entries) to lift the EPT Monte Carlo Main Event and take home a career best prize of €712,000 ($861,673). He also won a $30,000 Platinum Pass.

He would’ve been mighty proud of this achievement as he only had around $25k in live poker earnings before this win. He also made his way past some of the best poker pros from around the world, including the likes of David Peters (4th), Patrik Antonius (6th), Ole Schemion (8th), Davidi Kitai (11th), Adrian Mateos (13th) and others.

“I don’t have words for saying how I’m feeling. It’s unreal,” is what he commented after this big win. Dumont raised with pocket queens and Jiang went all-in with sixes, in what became the last hand of the tournament. Neither player’s hand improved when the cards opened and Dumont was crowned champion!

Keep reading GutshotMagazine.com for similar tournament results from across the world.