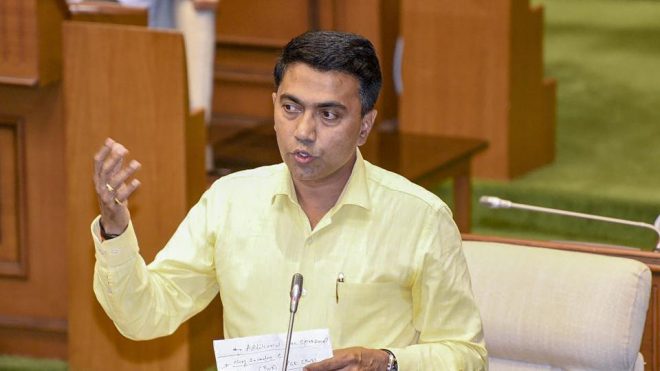 
With the untimely death of Goa’s incumbent CM Manohar Parrikar, Pramod Sawant filled in the position in the wee hours of Tuesday as the 13th CM of the state. In an interview with TOI, he was asked if he will implement the casino policy which was drafted under Parrikar’s government.

Sawant replied to the question by saying that he cannot comment on the subject without thoroughly studying it. He, among other things, said, “Let me have a look [at the draft policy]. Give me some time and I will revert.”

The draft policy concerned itself with the removal of the off-shore casinos in River Mandovi and relocate it to a special entertainment zone on land. The land for this zone was to be hunted for under Parrikar’s government and several attempts were made too, but it didn’t amount to anything due to issues with the local populace of some almost-finalized locations.

Parrikar even stated in August 2018 that the new designated area will see the off-shore casinos relocating to it within 4 years. He also stated that long term licenses for 10 to 15 years would be granted to companies that agree to shift out of the river.

One of the present BJP government’s electoral promises was shifting of these casinos to land. This development was prolonged due to Parrikar’s illness over the course of the past year. For that, the government gave the casinos another 6-month extension recently. This move received backlash from the opposition Congress, as was expected.

It is yet to be seen whether the creation of a new entertainment zone in the state has any priority in Sawant’s to-do list. Keep reading GutshotMagazine.com for more such casino industry news and for general gaming/gambling news from around the world.