This Valentine’s day, we sipped some hot chocolate and watched our favourite poker star Aditya Wadhwani and wife Gayeti Singh in a dream-like marriage set up in New Delhi.

The reality series ‘The Big Day’ by Conde Nast India on Netflix brought us closer to the grandeur of Indian marriages. The two-part series documented the pre-nuptials of marriage and all that goes into making the perfect high-profile wedding. In the series beautiful moments, heartwarming stories of both the families, and the nuances of a cross-culture marriage were captured. The three episodes, aired on Valentine’s Day, took us through the stories of six couples and one among them was that of poker star Aditya Wadhwani and Gayeti Singh. Their documentary began with the message, “All you need is love.” 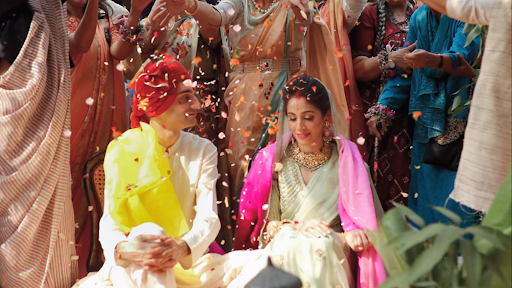 Wadhwani, who introduces himself as a poker player, commentator, and consultant in the documentary tells us how he first took Singh’s girlfriends in the loop as that’s what his sisters advised him to do. Singh, a journalist by profession starts by talking about how things fell into place and the families worked in unison. 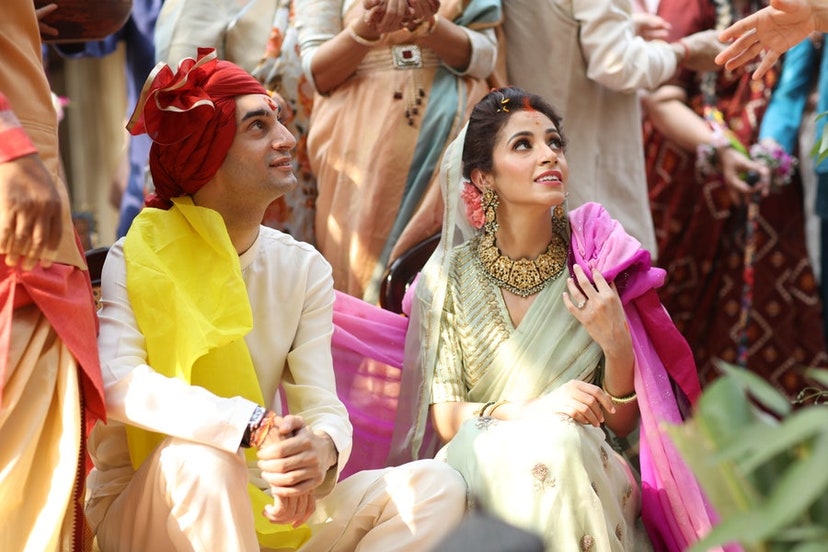 The dazzling bride shares how she is not much into Mehandi celebrations, but how they still conducted the ceremony because her mother, a journalist, loves that tradition.  While talking about cross-cultural marriages, she tells us that her mother is a Muslim and her father a Hindu.

The couple and their respective families took several bold decisions, from scrapping the ritual of ‘kanyadaan’ to intensely following vedic traditions that Singh was specific about. The lovely bride, Gayeti adorned the traditional wedding outfit that was an heirloom passed on by Wadhwani’s grandmother.

Wadhwani’s family gifted a beautiful lehenga to Singh and the documentary takes us through those little moments of Singh and the Wadhwani sisters trying outfits at Gupta’s atelier. 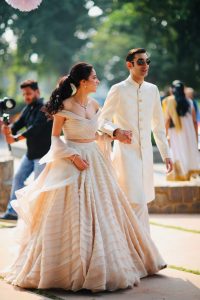 Through the course of the wedding, the family takes us through a celebration of pluralism and diversity. This fairytale wedding is aptly captured, and highlighted the best moments that the two families will cherish forever. While talking about moving in with his family, Singh emphasizes on how she always thought that they were a unit of two but moving into my in law’s house was a smooth transition as they welcomed her with open arms. Her mother adds to it and says that she has found a friend in her son-in-law.

Gayeti mentions, “The closer I have gotten to Aditya, the more meaningful the relationship has become.” While this is the couple’s debut on such a huge platform like Netflix the couple also become parents to a lovely baby girl a few days ago. This series documents the vibrancy of the marriages that boast Instagram-worthy bridal looks, a pre-covid world, and next-level extravagance.

In a past interview with Gutshot, Wadhwani and his wife had opened up about their marriage, content creation, and more. Singh mentioned that she is lucky about being married to a person who follows his passion. She further added, “It’s inspiring to share your life with someone who is excited about what they do professionally.” The couple loves the game and have both worked their way into accepting and loving poker equally. They look at it more like a learning experience, where they find aspects of poker interesting.

This series backed by Conde Nast India, which features couples through their wedding rituals is simply surreal. More avenues are opening up and the game of poker is being elevated to bigger platforms. Do watch the series on Netflix and let us know your comments below.