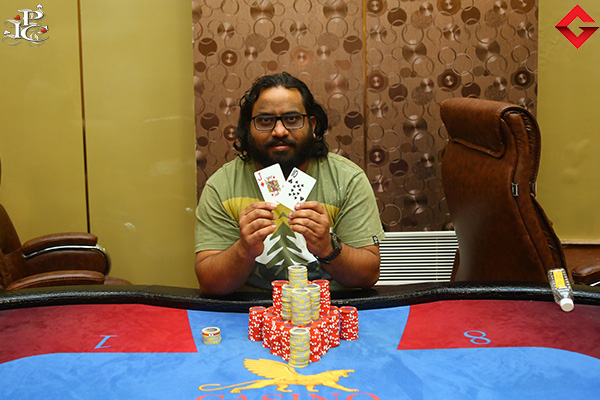 The curtains were finally drawn on what has been a spectacular IPC Megastacks May 2022, here at Casino Vegas in Jhapa, Nepal with the conclusion of the final tournament, the ₹20 Lakh IPC Freeroll. Navaneeth Anantharaman grabbed the title and prize money worth ₹2,50,000. The last two standing players in Sameer Rattonsey and Anantharaman struck a deal and the top prize was then equally divided. But, the game was still on for the additional ₹35,000 and of course, the IPC Freeroll title. In the end, it was Anantharaman who took down the final title of this IPC series with his Jd Ts against Rattonsey’s Kh 9d spiking a Jack on the board. Congratulations to the new champion! With that, we come to the end of this week-long poker extravaganza from beautiful Nepal. But this is not the end of live poker of course. Stay tuned to Gutshot Magazine for coverage from more exciting tournament series’ in the future. Till then, it’s goodbye from the Gutshot team.