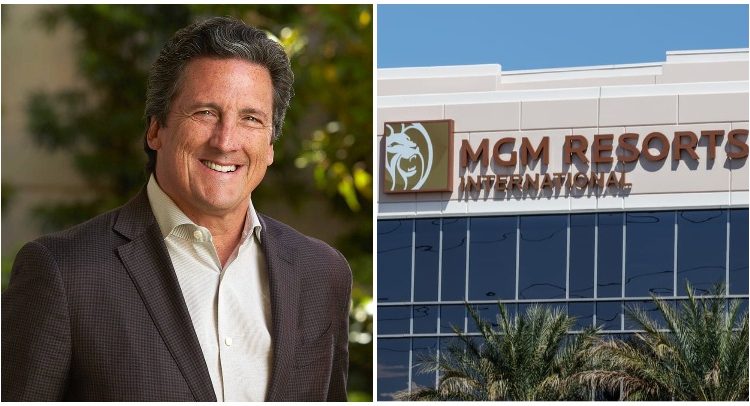 
Las Vegas operator MGM Resorts International has named Bill Hornbuckle as the company’s new CEO and President, replacing chairman and CEO Jim Murren who announced in February 2020 to step down from both these positions before the end of contract, which had been slated to go through the end of 2021.

Murren intended to stay in the role until a permanent successor was appointed, but in the light of the Coronavirus health crisis looming over the industry in, Murren departed so that the company can have continuity of leadership during the crisis. Replacing Murren as the Chair of the Board of Directors will be Paul Salem, currently a member of the MGM Resorts Board of Directors and Chairman of the real estate committee of MGM Resorts.

“I fully support accelerating the planned leadership transition to help MGM Resorts address the rapidly changing environment,” Murren said. “I have great confidence in Bill Hornbuckle and the management team to lead MGM Resorts at this critical juncture, as we have together through numerous hardships of the past. I will continue to dedicate my efforts to help during this uncertain time, and I will be assisting the State of Nevada in its crisis response and recovery efforts.”

Between 2012-13, Hornbuckle led MGM to build the $950 million MGM Springfield integrated resort in the Massachusetts city of Springfield. He has over four decades of experience in the business and he has served as MGM’s Chief Marketing Officer from 2009 to 2012 and President and COO of Mandalay Bay Resort and Casino from 2005 until 2009.He has been an executive with the company since the late 1990s and before that he held executive roles with Caesars’ Palace and Mirage Resorts.

Hornbill stated, “We have an incredible challenge ahead. We have a talented leadership team, the best employees in the world, and a loyal customer base. I have every confidence that MGM Resorts will remain the global entertainment leader once this crisis is contained and it is safe to operate. I look forward to working with Paul and the entire Board of Directors as we plan for the future.”

Murren has been appointed as the Chairman of the Nevada COVID-19 Response, Relief and Recovery Task Force. He has assured that he will be doing every possible thing to support Nevada dealing with the current situation of health crisis. MGM pledged $1 million to establish an employee emergency relief fund to support those individuals whose jobs have been affected by the COVID-19 pandemic. The company has also agreed to donate 40,000 meals across the US to alleviate food insecurity.