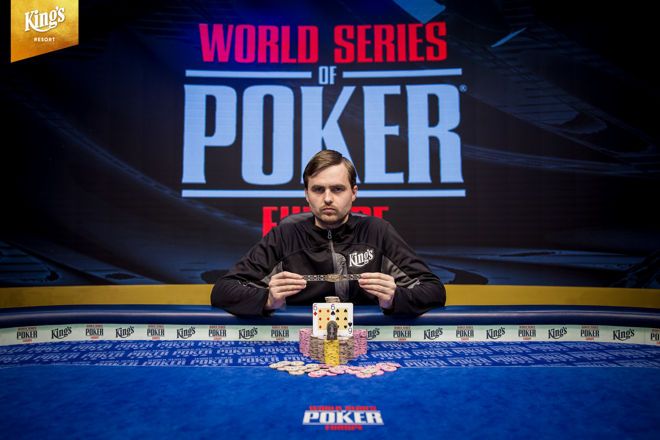 
It was been a pretty good 2018 World Series of Poker Europe for Czech Republic’s Martin Kabrhel so far. He has a total of four cashes in the nine events that have concluded so far at the Kings Casino in Rozvadov, but none can be bigger than his latest cash, where he shipped Event #9: €100,000 Super High Roller.

What’s better is that he went through some of the best high-stakes pros in the world to take down this tournament. He also took his live poker earnings past the $7 million mark which saw him overtaking countryman Martin Staszko to become Czech Republic’s richest ever poker player.

“The greatest victory, I’m very happy. I’m only satisfied when I win it, so I don’t really care too much about the players that are in it. You can be the best player in the world and run like shit, but you can’t do anything about that sometimes. Hopefully I can win two bracelets this year; If I’m unlucky in the Main Event, I’ll just have to win one! But that’s poker. I hope I’m one of the favourites for the Main like every other tournament,” said Kabrhel after the victory.

One last event is waiting for its winner at the WSOP Europe series and that is the prestigious Main Event. Stay tuned to GutshotMagazine.com for all updates on that tournament and other poker tournaments from around the world.