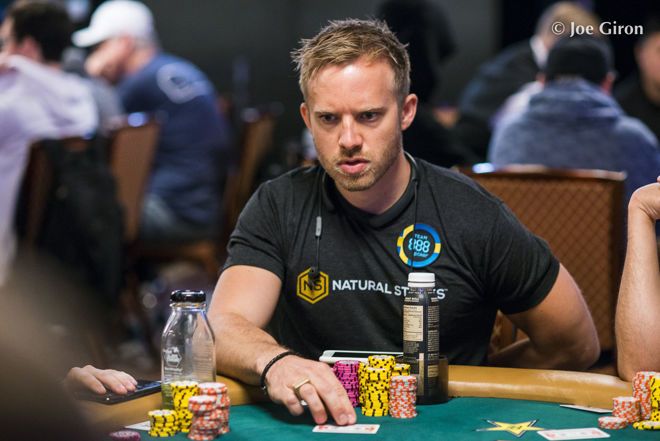 
It’s not called The Marathon for no reason!

Event #24: $2,620 THE MARATHON is a Texas Hold’em poker tournament that kicked off four days back at the 2018 World Series of Poker in Las Vegas. A massive field of 1,637 entries has narrowed down to the final 10 survivors as Day 4 of the tournament came to an end.

We reported USA’s Taylor Paur holding the chip lead at the end of Day 3, but it was former WSOP Main Event Champion Martin Jacobson who made headlines on Day 4, creating an untouchable lead at one stage during the day – nearly 10 million chips when the next best was less than 4 million chips.

However, he lost that lead and ended the day with the second highest chip stack, only behind USA’s Mark Sleet. Yesterday’s chip leader is still among the mix, currently holding the sixth highest chip stack. None on the final table apart from the Swedish pro Jacobson and USA’s Paur have won WSOP bracelets and they will be big favourites as players take the tables on Day 5 tomorrow.

With a massive prize pool of $3,485,124 being created, all these final 10 players will have their eyes on the mega prize of $653,581 which has been reserved for first place. Fresh off a stint at the Poker Sports League in India, Jacobson will be looking to add to the $16 million he already has in live poker winnings.

GutshotMagazine.com does daily roundups of all major tournaments from the 2018 World Series of Poker, so keep watching this space to see who emerges as champion tomorrow morning.