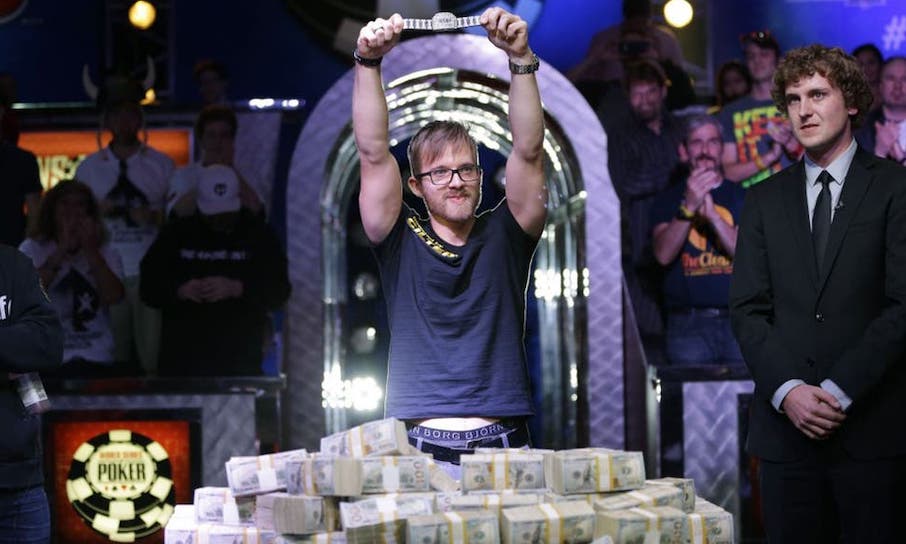 
The 2020 World Series of Poker was originally scheduled to begin in May at the Rio All Suite Hotel and Casino in Las Vegas, Nevada. It would have been the 51st edition of the event but it was postponed due to the widespread coronavirus. The 2020 World Series of Poker online was announced in June which has roped in many players from across the globe with a series of 85 tournaments, 31 on WSOP.com and 54 on GGPoker. Today we go back 6 years ago to relive a moment that has marked its place in WSOP history.

Martin Jacobson who started playing online poker after late nights while he trained to be a chef, never won a major live poker tournament. He was the second to last in chips to start the final table. The Swedish man proved to be the last player standing, topping poker’s greatest event to win his first WSOP gold bracelet and a whopping $10 million first-place prize. 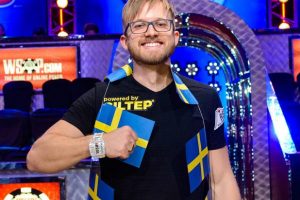 After seven days and nearly 70 hours at the green felt, when play started for the final day there were three players remaining, Jorryt van Hoof and Felix Stephensen. As fate would have it, Van Hoof’s chip lead didn’t last, and the Dutchman fell to the smallest stack of the three. The trio battled for 49 hands before van Hoof was sent to the rail in third place, Jacobson had three tens to beat Felix Stephensen of Norway and his pair of nines. “There’s no such thing as a ‘perfect tournament’, but this was close to perfect, maybe,” Jacobson said after the confetti blasts signaled his win had been cemented and friends

The 2014 November Nine was an eclectic, multinational group with players from six different nations including the USA, Brazil, Spain, Norway, Sweden, and The Netherlands.  There were several professional poker players, Billy Pappas who is a world champion foosball player and a previous November Niner, Mark Newhouse. In a tournament that is dominated by host Americans, 2014 WSOP Main Event was the first time in history that the top three spots in the championship were taken by Europeans.

And today, the champion sits 1st in Sweden’s all-time money list with over $17 million in total live earnings. Jacobson has more than 15 WSOP cashes and 4 final table finishes.  For more such WSOP stories, keep reading GutshotMagazine.com and stay tuned!