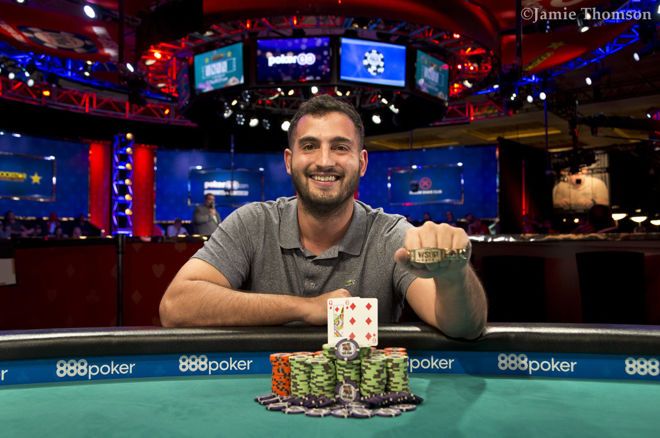 
Mario Prats Garcia didn’t have the best poker CV in the world until a couple of days back. He made the right decision in participating in Event #45: $1,000 Big Blind NLHE of the 2018 World Series of Poker, as he came out of it as a more famous and a richer man.

Prior to this tournament, he just had a single big cash to boast about, and no live poker titles either. However, he had four cashes at the WSOP 2018 and was running well. He shipped this Big Blind tournament and took home $258,255 for first place, beating a massive field of 1,712 entries.

This was the biggest win of his career, after $244,611 he earned for coming 2nd in a $1,500 NLHE Event at WSOP 2017, and he nearly doubled his live poker winnings. The poker player from Barcelona had this to say after winning – “Super excited, I’m super happy. I thought I could never get back here and the FT was hard. I sucked out a couple of guys and I got all the chips! I’m super excited and nervous.”

The tournament was a short one, lasting just two days, with less than 7 hours of action on the second day of play. Garcia went into heads-up against UK’s Matthew Hunt, who also walked away with a career-best win. The heads-up battle last only 3 hands, with Hunt winning the first two but losing the final one. He hit a straight on the river but Garcia’s Q-6 of diamonds hit a flush, which was enough to win him the title.

Keep reading GutshotMagazine.com for similar poker tournament results from the 2018 WSOP and from around the world.