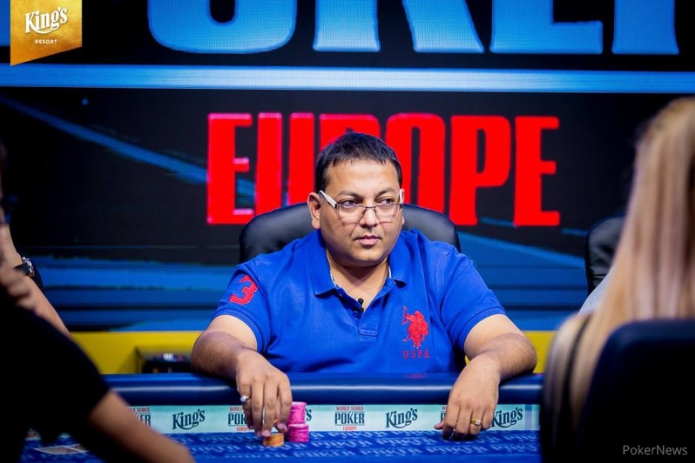 
We were all excited to get behind Indian poker player Manish Goenka, who had reached the final table in one of the recent tournaments at the 2018 World Series of Poker Europe (WSOPE). Yesterday, we reported how Goenka returned from one of the shortest stacks to finishing 6/8 after Day 2 of the tournament.

He did brilliantly against a field that included a total of 572 entries from all around the world. He started the FT on Day 3 6/8 in the chip stacks. Then, after that brilliant run on Day 2, Goenka couldn’t reproduce the magic on Day 3, but his run till here was still a very impressive one.

The player has all of his live poker cashes at Rozvadov and yesterday, he finished in 6th position in Event #3: €550 Pot-Limit Omaha 8-Handed. He took home a prize of €9,313 (~INR 7.84 lakh) which became the highest live cash of his career, more than doubling his previous best.

The FT saw players from seven different countries and eventually, it was Austria’s Hanh Tran who took away top honours, winning €59,625 in cash and also winning his second gold bracelet of the year. In the 2018 WSOP in Las Vegas, he won the Triple Draw Deuce to Seven tournament and this win yesterday took his career earnings past $500k. 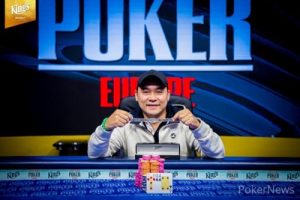 He came out of a 1:5 chip deficit to win the title, something he did from a much worse spot to win in Vegas earlier this year. “I know if I would double-up, I could beat him. I’m experienced with being the underdog: in Vegas, I was a huge underdog too,” said Tran after winning the gold bracelet. He also added, “Now, I want a third bracelet. I’m going to play more.”

Keep coming back to GutshotMagazine.com for more daily updates on the WSOP Europe in Kings Casino, Rozvadov.