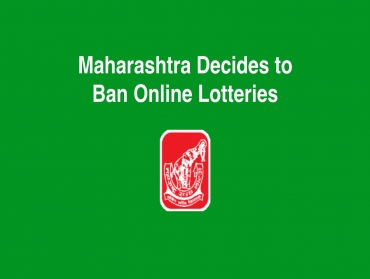 Maharashtra to ban online lotteries of other states


The question of legality surrounding online gaming, online poker or rummy knows no bounds in the country. Even with the start of the new year, the issue persists. India has been struggling with matters revolving around the complicated scenario of online gaming such as a recent ban on the website Playwin which had been allegedly selling online lotteries in the state.

Recently, the Maharashtra government announced to ban online lotteries in other states, the concern being the loss of revenue as it becomes difficult to track online sales in the lotteries.

According to a Mumbai Mirror report, Deputy CM and state Finance Minister, Ajit Pawar has decided to put an end to the online lotteries of other states as there is no particular record of their sales which further leads in the loss of the revenue to the state government. Their main focus now is the reintroduction of paper-based lottery which will be generating a proper collection of taxes on lotteries of other states sold in Maharashtra.

The state of Maharashtra itself banned online lottery a while ago as the government couldn’t track the transactions and is currently running the old paper-based system called the Maharashtra Rajya Lottery. The further decision of barring online lottery has been finalized at the Cabinet meeting on 15th January 2020.

However, lotteries are allowed in other states on India including Goa, Kerela, Mizoram, Punjab, Sikkim, Nagaland, West Bengal, Bodoland Territorial Council region (BTC) and last month, the Home Minister James K. Sangma declared the introduction of both paper and online lottery in Meghalaya to facilitate participation by enthusiasts from all over India wherever lottery is legal. However, until the decision was taken by Maha Vikas Aghadi government to run lotteries in these states, online lotteries given away by private distributors on behalf of these states were freely sold in Maharashtra.

Last year, in December 2019, the GST council in its first voting decided upon a flat 28% GST rate on the face value of all kinds of lottery tickets sold by both state and private sellers which further led to the loss of a number of jobs in the industry in Maharashtra and business slowed down. In Mumbai, about 8 lakh people are employed in the lottery industry.

Altogether, the deputy CM of Maharashtra has directed all departments to cut costs and suggest ideas in order to increase revenues. The ban on the online lottery will encourage the audience to buy paper lotteries which will contribute to tax collected by the state on lotteries. For the latest updates on the poker industry and tournaments around the world, keep reading GutshotMagazine.com and stay tuned!