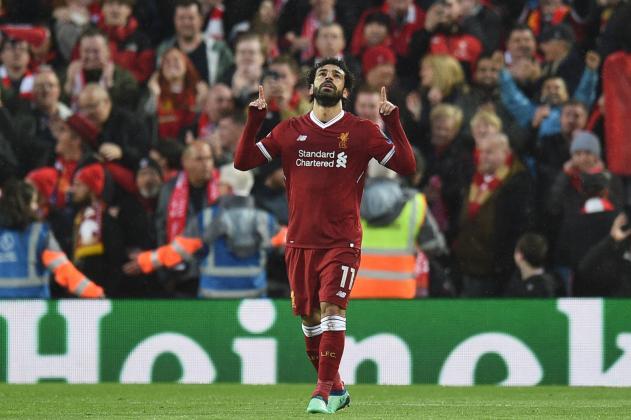 It was the 1st leg of the 2017-18 Champions League semi-final between Liverpool and Roma, and football fans were treated to an absolutely thrilling match. Liverpool lost their striker Alex Oxlade-Chamberlain to an injury in just the 15th minute of the game and Roma would’ve sniffed chances of doing well in this game.

Both teams had a few shots at goal in the first 30 minutes, but Liverpool just switched on the attack button after that and started scoring goals for fun. Egyptian striker Mohamed Salah was the star of this game, finding the net twice towards the end of the 1st half, and then providing assists to the next two goals as well.

The next thing we know is that Liverpool have taken a 5-0 lead by 70 minutes of the game and Roma had 20 minutes more to defend and prevent further damage. However, the tide turned, and they started putting pressure on the Liverpool defence in the last 15 minutes.

With the 2nd leg to be played a week from now, away goals became an important factor and Roma knew that, getting past the Liverpool goal-keeper twice before the full-time whistle. Edin Dzeko pulled one back in the 81st , followed by a nicely taken penalty by Diego Perotti in the 85th minute.

While Liverpool did end up winning 5-2, Roma have one important stat in their favour – 2 AWAY GOALS. Say Roma win 3-0 or 4-1 at home in the 2nd leg, they will go through to the Champions League final because of more away goals. Remember, Roma also won 3-0 to eliminate the mighty FC Barcelona in the quarter final, after losing the 1st leg 1-4.

While they were almost flawless on the night, how vital will those last 10 minutes of carelessness prove to be for Liverpool? Have your say by leaving a comment and keep following GutshotMagazine.com for similar Champions League updates!