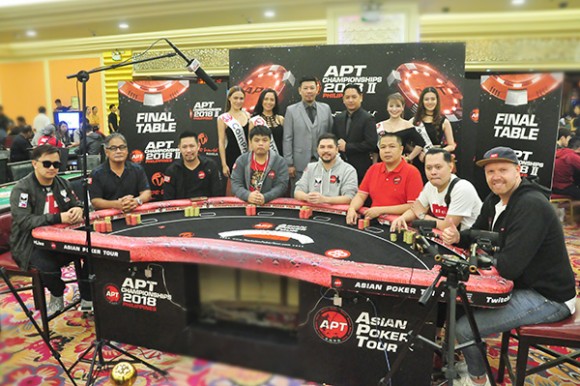 
Earlier this year, the Asian Poker Tour (APT) set out on their first stop to the Philippines for the ongoing series. As usual, the Main Event and Championships Event were the two highlight tournaments of the series and the player who took away top honours in the Main Event at the end of March was local boy Lester Edoc.

Since then, Edoc has become a formidable force in Asian poker tournaments, also finishing second to Iori Yogo in the Championships Event of that same series. Currently, APT is having their second stop at Philippines this year and Edoc is on a brilliant run, shipping one title and looking good for another.

He won the CoinPoker Super High Rollers title for the second-best live cash of his career and now, he’s running very deep in the APT Philippines Main Event being played at Resorts World Manila. We’re down to the final table and Edoc has found himself in the chip lead among the final eight players.

With over half a million dollars in career live cashes so far, Edoc will be looking to add to his tally in the Main Event, where PHP 2,849,600 (~$52k) has been set aside for the eventual winner. Players from four different countries are seated at the FT, with Edoc having 1,775,000 in chips over the next best’s 1,353,000 chips.

The defending champion will be looking to continue this run when he hits the felts later today. Will he be able to complete a victory and gain two consecutive APT Philippines Main Event titles? Keep reading GutshotMagazine.com for all updates on the same.