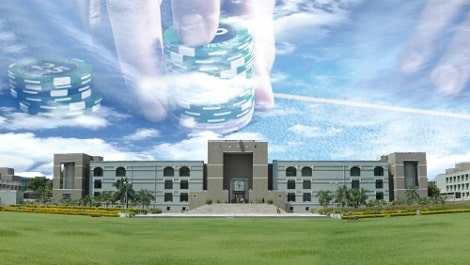 
The ongoing poker case in Gujarat High Court of poker’s legal status in the country has just seen a new development. KN Suresh, Indian Poker Association’s Secretary, had earlier appealed against the December 2017 ruling which stated that poker is a form of gambling.

The matter was supposed to be heard in the court on 7th February, but the HC adjourned it to a later date of 14th February 2019.  On 14th however, the HC bench comprised of Acting Chief Justice Anant S. Dave and Justice Biren Vaishnav dismissed KN Suresh’s letters patent appeal for default.

The reason for this dismissal was that Suresh failed to show up on the day. He was expected to argue his case verbally in front of the honourable judges, but it was ultimately dismissed due to his absence. The order dismissing this appeal was recorded by the court, “When the matter is called out party-in-person is not present. Hence, the present appeal along with the application stands dismissed for default. Notice is discharged. Interim relief, if any, stands vacated.”

GLaws, a reputed gaming laws news outlet, mentioned Suresh as saying that the court had unwisely dismissed his appeal when 3 other appeals on the same issue are already pending in the court. Suresh further added that he had moved an application for restoration of his dismissed petition.

The other 3 appeals Suresh alluded to were of Hotel Ramada, Dominance Games Pvt Ltd, and Aman Chhabra’s. All these appeals challenged the original Gujarat High Court ruling. A similar thing had happened in Delhi where Karan Mutha was arrested in a gambling house raid by the local police. He filed a petition in Delhi HC but the court delayed it for months and subsequently Mutha withdrew his petition too.

Meanwhile, Gujarat HC put other poker appeals challenging the fateful Dec 2017 ruling to a later date of 11th March 2019. Speaking about the current legal status of poker in the country, Assam, Odisha, Nagaland and Sikkim are the states where playing live/online poker is banned, in addition to Gujarat.

The law is still not crystal clear about the legality of poker, since it is a skill-based game but has been misunderstood to be a form of gambling by a lot of citizens, which is reflected in the High Court’s ban. Only awareness about the game by the stakeholders of this business can cure this misunderstanding. Keep reading GutshotMagazine.com for more such legal news concerning the gaming industry and for general gambling news from around the world.