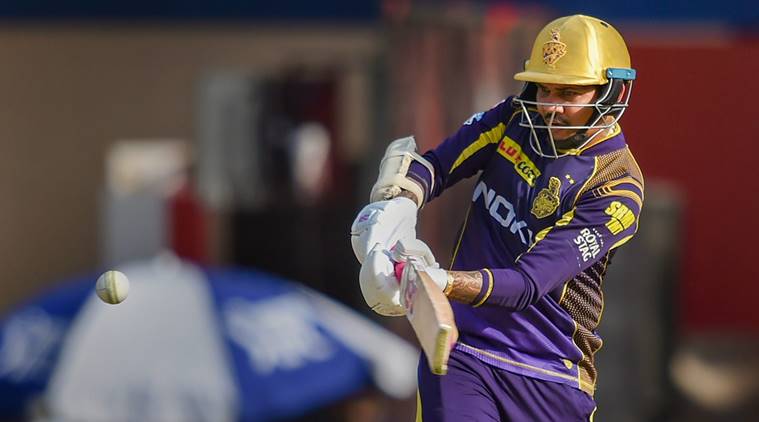 
Sunil Narine has everyone flummoxed with the way he has gone about his batting and hapless Kings XI Punjab were the recipients of his 36-ball score of 75 which propelled KKR to an eventual total of 245. It was always going to be a tough chase for the Kings and they succumbed at 214/8. This 31 run victory by KKR moves them into the Top 4 and while the Kings may have lost the match, they still retain their 3rd place position on the table.

It could have been a completely different story early on. Narine was dropped when he was on 8 by Mujeeb ur Rahman on a admittedly tough return catch. Unfortunately for Rahman, he managed to injure his finger in the attempt and had to leave the field. It sort of opened the floodgates for KKR as there seemed to be a minimum of one six being smashed in every over. Narine’s batting career has taken on a new shine and when he gets going there is not only every chance of a big score but it causes a feeling of demoralization among his opponents.

“We had dismissed him with spin in Kolkata early in the season, we didn’t execute our plans properly here, it’s a fact that he’s good against both pace and spin”, conceded Andrew Tye in a post match interview. It was particularly fruitful during the powerplay as KXIP gave away 59 runs in the batting powerplay which is the second most runs made by a batting team against them this season. All the bowlers got the treatment with Ravichandran Ashwin, Barinder Sran and Axar Patel being clobbered the most.

“It’s tough to stop him once he gets going,” Tye said. “We tried our level best to reign him down, but it was a tough day for both sets of bowlers,” he added. Narine when on 55 was also given a bit of a reprieve when the fielding side missed out on a run out opportunity. But the heat in Indore had taken a toll on the fielders. the batsmen had given up while attempting a quick single and Mohit Sharma had all three stumps in view but he missed and Narine managed to hang on and add another 20 something runs to his team’s cause before falling to a ball from Andrew Tye. Once KKR got to the 200 courtesy Narine the rest of their batting order ensured that a monster total of 245 would get put up on the board.

KKR’s 245 last night was their highest ever score in IPL – beating their 222 against RCB. The Kings got off to a good start with Lokesh Rahul’s 66 off 29 balls being the ideal score they were looking for from their openers however they needed Chris Gayle to fire too. And while his 21 fro m17 was fast, it was not enough in this big chase. The rest of the batting order capitulated save small bursts from Aaron Finch (34) and the captain Ravichandran Ashwin (45) but it was clearly not enough.

After their mauling at the hands of the Mumbai Indians, the Knight Riders needed this win to restore spirits and their place on the points table and they did so in fine style. Man of the Match: Sunil Narine