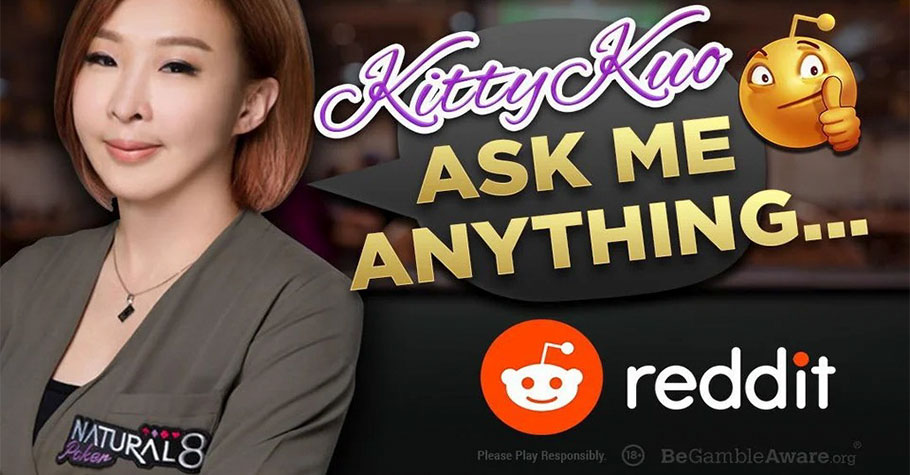 Kitty Kuo’s Reddit AMA Had Everyone Talking About Her BF


Recently, Natural8 announced a special guest appearance on GGPoker’s Reddit with an ‘Ask Me Anything’ featuring the Natural8’s ambassador Kitty Kuo. All of Kuo’s fans could ask her anything on the said forum, regardless of whether the fans are from Natural8 or not.

The ask me anything session was held on Thursday, 4th August, 2022 at  17:00 UTC (IST 10.30 PM). Several fans asked her some burning questions. However, the majority wanted to know about her boyfriend. And now we are curious to know if Kuo is dating anyone! But much to her fans (and our) disappointment Kuo made no such revelation.

Recently, she raked up a storm on Twitter for a post she shared. She posted a checklist on Twitter suggesting what she expects in a partner:

Owing to the buzz she had created with her post, Natural8 decided to do an ask me anything session with her fans.

🔥 GET READY FOR FIREWORKS 🔥@natural8 ambassador @kittykuopoker is next in the #reddit AMA hotseat.

Kitty’s had a lot on her mind lately. Not least, #poker, shopping, & boyfriends.

Look at the questions that she received:

One of the fans asked her where one could apply to be her boyfriend. Kuo replied to the question saying “Not this year, Not ready for new love.” One of her female fans went on to say “I heard you’re having some trouble finding a bf with those rules, have you ever considered women?” To this she replied saying “Not Funny.” Looks like fans are more interested in volunteering to become her boyfriend than asking her poker-related questions.

Kuo has more than $2.6 million in tournament winnings. She also has multiple World Series of Poker (WSOP), and World Poker Tour (WPT) final table finishes in her career. As per Hendon Mob, the Taiwan-based player has $2,705,620 in live cash earnings.