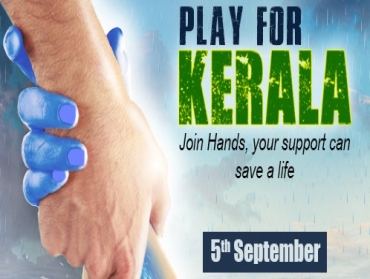 
Lately, Kerala and the entire nation have felt the wrath of nature. God’s own country suffered a mammoth destruction. Hit by the biggest flood in 90 years, massive loss of life and property occurred in Kerala. Many people and organisations have offered a helping hand to the people who suffered some kind of loss caused by the disastrous floods and KhelPlay Rummy is not going to stay back. An effort which only reflects the true heart of the company. KhelPlay Rummy is a popular gaming site that offers online rummy games.It also offered a poker portal which shut down earlier this year in March.

Two high intensity online rummy tournaments, keeping in mind the interest of their players along with generating maximum help for Kerala, have been organized. Money generated from the two tournaments will be donated to the Chief Minister’s Distress Relief Fund. Both the tournaments will be played on September 5th 2018. First tournament is the ‘Stand for Kerala’ tournament to be played 7:30 p.m. The idea behind this tournament is to generate maximum support for Kerala relief fund. KhelPlay Rummy has decided to honour the participation of players with maximum donation for Kerala relief fund. The donation amount will be directly related to number of players joining the tournament. The money for donation will be same as the total winning amount.

Other online poker companies such as Spartan Poker and PokerBaazi also kept tournaments to help the people affected by the floods in Kerala. Keep reading GutshotMagazine.com for more updates from the Indian gaming industry.