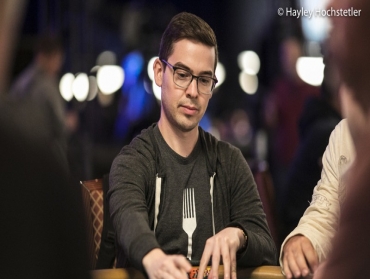 
A high-stakes professional poker player and coach at the Run it Once (RIO), Kevin Rabichow has been announced as the first Run It Once Poker Team Pro. The details were revealed earlier this week during a livestream in the Phil Galfond Challenge.

With no formal announcement been made earlier, popular commentator Joe Stapleton was joined by Rabichow in the virtual commentary booth during the Twitch live-stream when it was all revealed that Rabichow would be RIO’s first sponsored pro. It was in February 2019 that the RIO platform launched its first beta version and since then it has been running without any ambassador, with only RIO founder Phil Galfond acting as the public face for the room.

Galfond’s Run It Once was designed to offer “a fair, honest, transparent poker site” that fosters the ability to pursue the poker dream that became a reality for the company’s founder. Spelling out his vision quite clearly, “A poker site should believe in fairness,” he said in the post. “Not fairness for the sake of public image and profits, but fairness for fairness’s sake.” Further explaining “A poker site shouldn’t obsess over where poker was five or ten years ago. It should seek to build a sustainable economy in the conditions of the present. It must continue to adapt to the climate.” The American player made sure that his site will value all players starting from recreational, semi-pros or those who make their entire living playing poker.

Check out the tweet by Run It Once Poker:

The new team pro has over $656k in total live earnings and is best known for his second-place finish in the 2019 partypoker MILLIONS North America earning $484k. Rabichow will be playing with his own custom avatar. Unlike for regular players on the platform, who have anonymous and random names and avatars each time they start a new online poker session, Rabichow will be the second non-anonymous player after Galfond to play on RIO poker, identified by his real name during the play