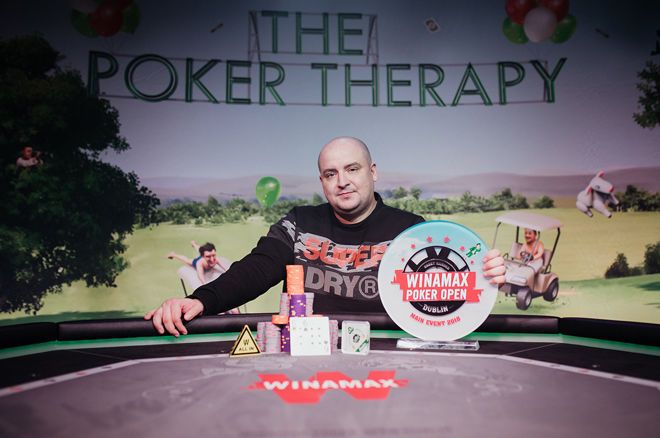 
Just last week, we reported the news that Winamax decided to call off their popular live poker tour, following an order from the French Court. However, they had their current stop in Dublin taking place, which has now come to an end, after seeing its largest ever participation.

It was local boy Karol Wojciechowski who took down the Winamax Poker Open Dublin Main Event a couple of days back, after topping a field of 1,191 entries which also turned out to be the biggest ever Winamax Poker Open in history of the WiPT. The player took home €89,716 (~INR 76.8 lakh) after a four-way deal on the final table.

He sacrificed a big chunk of the top prize while the others in the top four received increased prizes due to the ICM deal. Prior to this tournament, the player’s highest live cash was just €19,940 that he won last month in Dublin and now, he’s walked away with a bigger title at the Irish capital.

“I will try to play more big festivals now because I’m on a really good run. The poker world is open! 6-max is totally different. I like both but they’re totally different tournaments. You need to play more aggressive in this one. I don’t mind action, but I like both. The French players are very friendly and good players, but they’re not crazy,” said Wojciechowski after he completed this victory.