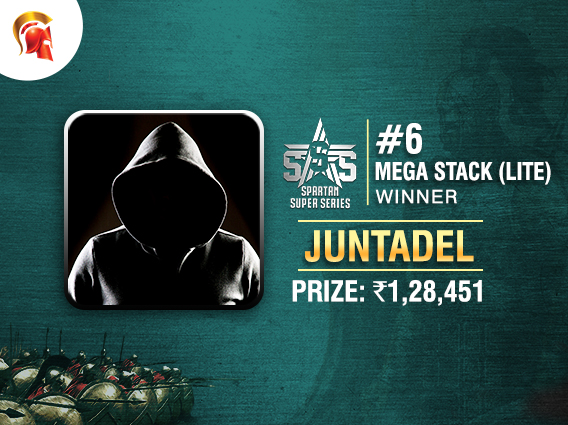 
Yesterday was Day 2 of the prestigious Spartan Super Series (SSS), which is hosted every once in a way on The Spartan Poker. To kick start proceedings on this second day of play, SSS Event #6 Mega Stack (Lite) INR 5 Lakh GTD kicked off in the afternoon, a re-entry tournament with a buy-in of INR 1,000.

This is a popular weekly tournament on Spartan, which is a mini-version of the Mega Stack featured tournament that takes place every Tuesday night. Hence, a healthy participation of 763 entries was witnessed, which easily passed the guarantee, generating a new prize pool of INR 6,94,330.

It was an exciting final table and a long session of 3-way play before the tournament finally came to an end. Topping the field and taking away the top prize of INR 1,28,451 was ‘JuntaDel’, who beat some good players on his way to winning the tournament, including Sumit Sapra aka ‘mrgr33n’ who won INR 92,693 for finishing second. The top 54 players shared prizes of a minimum of INR 3,124.

JuntaDel eliminated ‘Ch0pUrNutZZ’ in 4th place with a straight over his opponent’s pair of Eights. To begin 3-way play, Sapra had a huge lead over our eventual winner, with the latter doing well to stack up in what was 50+ hands of play before the next elimination. JuntalDel finally won a massive pot of 6 million chips, and this put him way ahead of the rest – Sapra and ‘Imachampion’.

With an overwhelming lead, it was just a couple of hands before we reached the final hand of the tournament in Level #68, with the blinds at 70,000/140,000 – 14,000. It was a double elimination as all players went all-in pre-flop. JuntaDel had pocket Tens which ended up hitting a Full House on the Js 9d Td 3d 9h board, beating Sapra’s Queens and Nines, and Imachampion’s pair of Nines.

Sapra however redeemed himself later in the day by shipping SSS Event #8, and securing a high spot on the SSS Leaderboard: 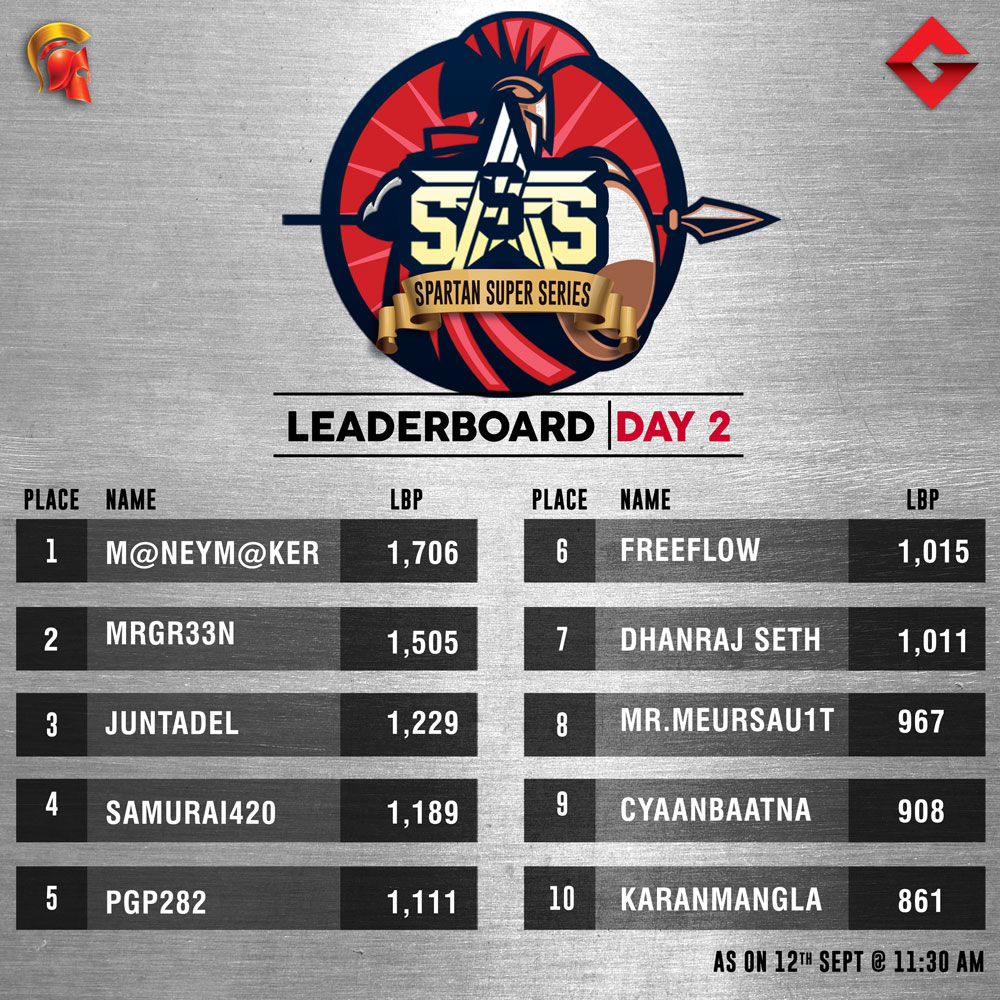