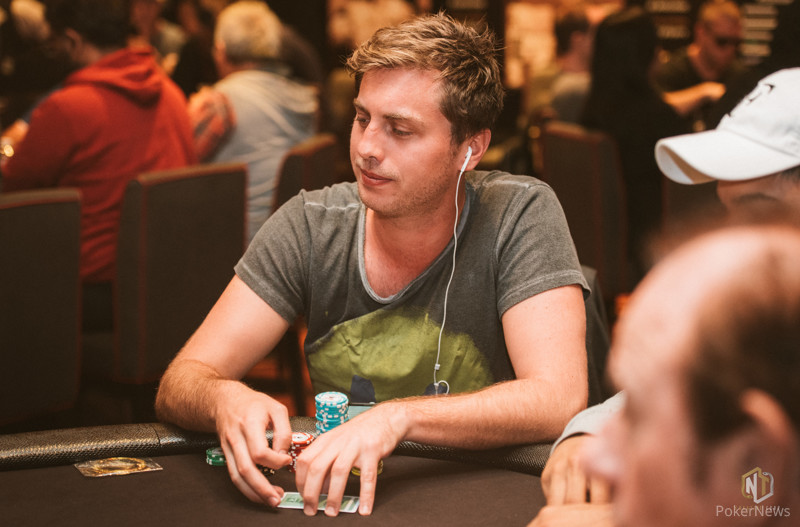 
After 165 players entering Day 1A of the 2019 Aussie Millions Main Event, the second starting flight Day 1B attracted 268 entries. The field was whittled down to just 135 who will enter Day 2 of the tournament, joining 79 who advanced to Day 2 from 1A.

Players played a total of seven 90-minute levels on Day 1B of Aussie Millions ME. The chip leader Stuer had taken the lead in the last level of the night, when Wong won a good pot with flopped trips to over 175,000, but it still wasn’t enough for him to bag the lead.

Former WSOP ME Champion Joe Hachem was among the several notable players to fall out from Day 1B race. His son, James Hachem however, has bagged 25,300 chips in Day 1A and will be playing on Day 2. We’ll see atleast one Hachem in the mix for Aussie Millions ME this time.

Some of the big stacks are with 2019 WPT NZ Champion Nauvneel Kashyap (109,200 chips), Opener Final Tablist Matt Edwards (92,200 chips) and 2018 PCA ME champion Maria Lampropulos (23,200 chips). 2006 Aussie Millions Main Event champion Lee Nelson was among the eliminated ones when his opponent hit a full house against his trips.

Some of the notables to hit the rail on the day were Six-Max Champion Bart Lybaert, Jack Sinclair, Sarah Bilney and 2019 PCA ME winner David Rheem. Rheem only played two hands in the ME and headed straight to the AUD 50k Challenge, ultimately won by Toby Lewis.

The total 135 advancing from the second starting flight will join 79 from Day 1A and the play will begin at 12.30 pm local time. Keep reading GutshotMagazine.com for first updates on Day 1C as well as for other tournament results from around the world.