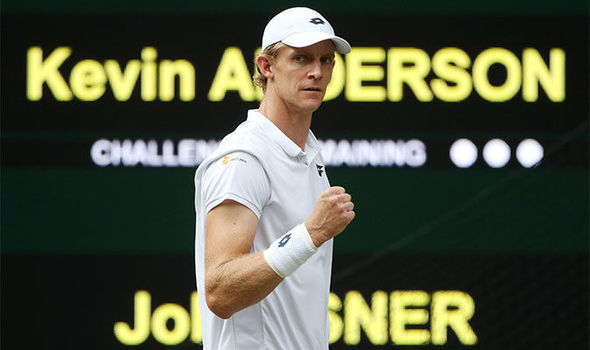 
Just a couple of days back, we reported the news of South African tennis player and #8 seed Kevin Anderson shocking the world by ousting Roger Federer in an epic 5-set contest. However, he seems to be a man set for the long grind, as he repeated the same in the semi-final, against America’s John Isner.

The match between the two turned out to be the second longest in Wimbledon history and that speaks a lot given that this prestigious tournament has been happening since decades. The epic encounter lasted an amazing 6 hours and 35 minutes.

Anderson eventually progressed to his maiden Wimbledon final and he became the first South African to reach the Wimbledon final since Brian Norton in 1921. He made his country proud, but he really had to slug it out to get there, beating Isner 7-6(6) 6-7(5) 6-7(9) 6-4 26-24.

The fifth set itself lasted nearly three hours as this became the second longest Wimbledon match and the third longest men’s match in tennis history, falling short of the 6 hours and 43 minutes Davis Cup match in 2015 and the John Isner vs Nicholas Mahut match that went on for 11 hours and five minutes, with Isner winning 70-68 in the final set.

These are games that you don’t get to see very often, and it takes the life out of players. We’re sure no one would want to be on the losing side of such marathon games. Anderson walked over to the net to meet Isner after the game and there was hardly any celebration. He will now wait on the result of the Djokovic vs Nadal game, which was postponed, and Djokovic currently leads 2 sets to 1.

That game is currently in progress and could turn out to be a long one as well, while the women’s tournament final will also be played later tonight. Keep reading GutshotMagazine.com for regular updates from what’s left at Wimbledon 2018!